The Lebanese President and the government announced almost a week ago now an investigation to determine within FIVE DAYS MAX the exact cause of the explosion and “who was responsible”, and they’ve refused so far categorically asking foreign parties to hold an external investigation. Yesterday was the deadline and we still haven’t heard a word from the Prime Minister or President, and chances are we won’t be hearing anything any time soon if they start creating diversions.

In fact, this week the government is expected to resign, and the PM already hinted at holding early elections last Friday, even though the priority right now is to let people know what and who caused this deadly explosion. Tens of people have been arrested so far, including port officials and the head of customers, but this is not enough. All the ministers, prime ministers, MPs and even Presidents involved in this mess must be brought in for interrogation.

It’s clear by now that at least four parties were aware of the presence of the ammonium nitrate and were directly or indirectly involved in this catastrophe. 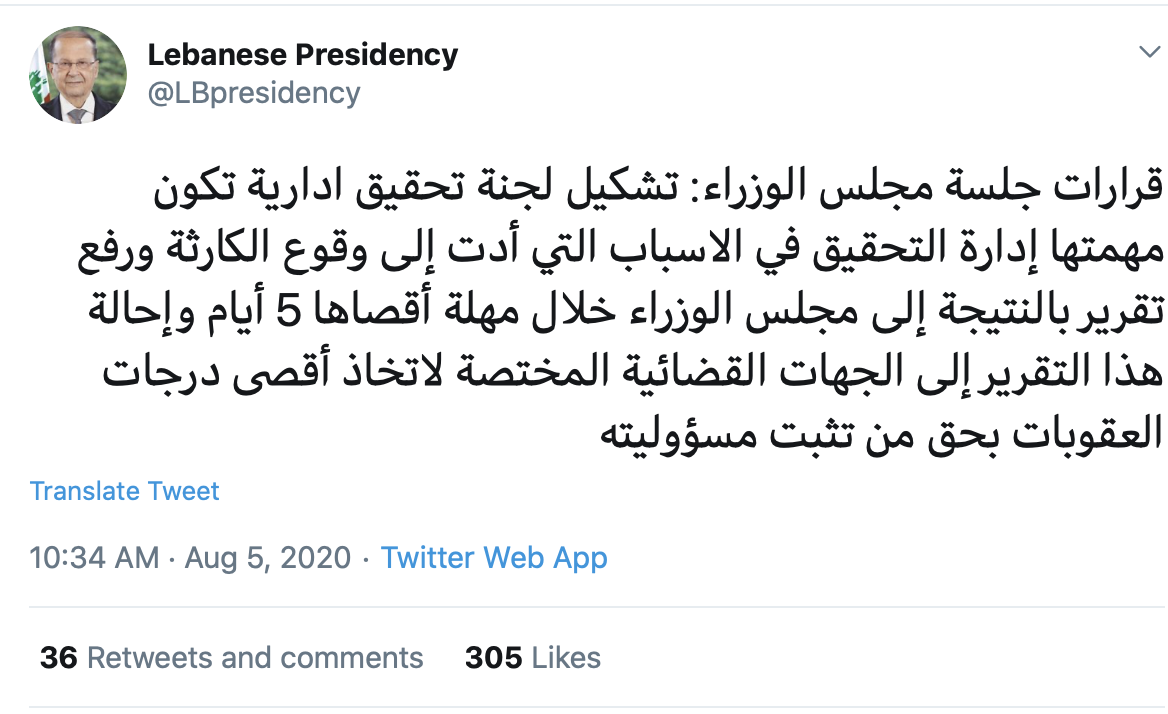