Communicate Levant just released their book of tens 2015 which includes comprehensive lists of everything that happened in Lebanon last year from viral campaigns, YouTube hits, epic media mistakes, promising local startups, bad outdoor ads, only-in-Lebanon images, ten hilarious people to follow in Facebook, ten hashtags that should be banned, ten most popular local TV shows as well as the top ten social influencers where I am featured in the top spot.

Communicate Levant asked Lebanese brands from various industries – be it F&B, Fashion, technology and others to come up with that list and it’s quite awesome to be on that list along with my fellow bloggers Gino from Gino’s Blog, Anthony from NGNO, Lana from L’armoire De Lana and Rami from +961. I’m glad British Ambassador Tom Fletcher made the list because he’s been more influential than most of our politicians in the past years and deserves to be on top for all the work he’s accomplished. 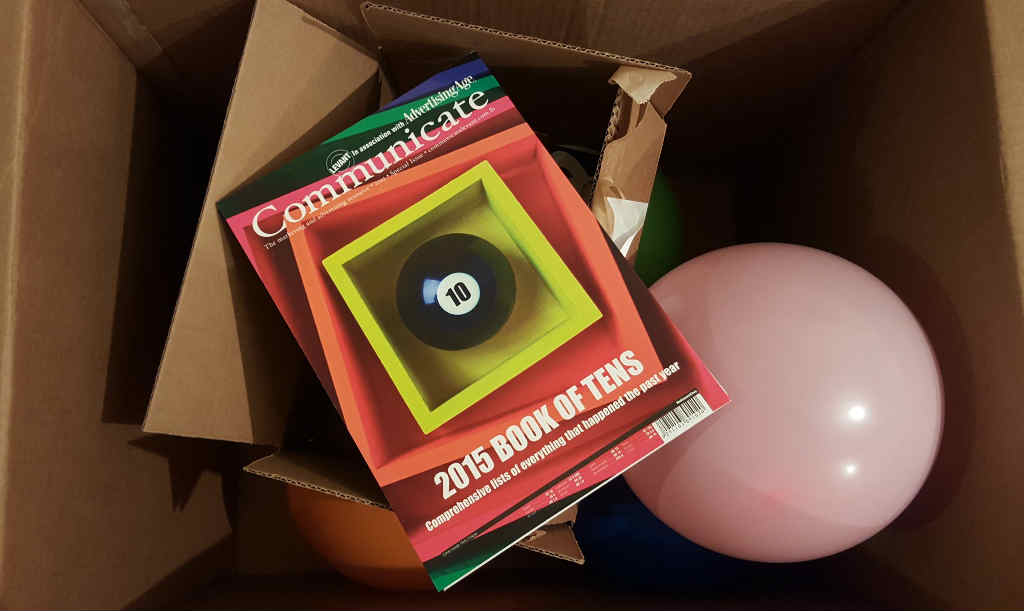 The Book of Tens came in a huge box that had balloons inside and a challenge, the #communichallenge where we need to do one of the following:

– Do something creative with the box (wear it, paint it, glue it, fold it or ship* an unloved one to a remote area across the Atlantic).
– Fit a colleague inside the box.

I already have something in mind and my younger brother won’t like the idea. Stay tuned 🙂