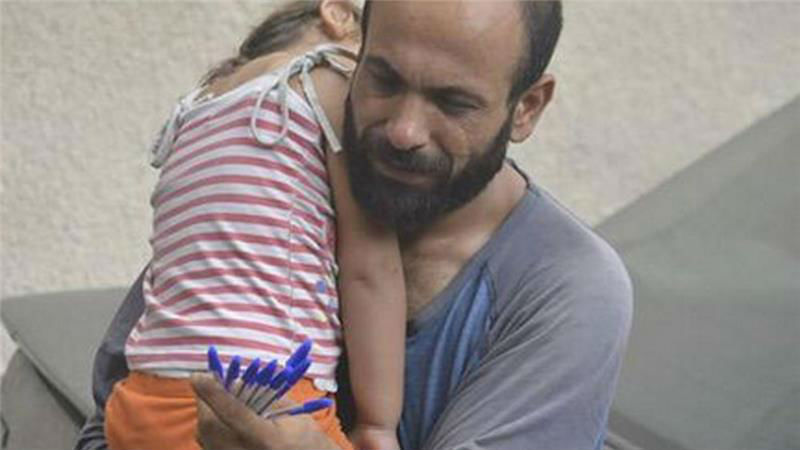 Abdul Halim Attar is a Palestinian-Syrian who fled to Lebanon three years ago with his two children and has been selling pens in the streets of Beirut to make ends meet. Attar was photographed by an Icelandic journalist and activist called Gissur Simonarson who shared on Twitter two pictures of the Syrian refugee selling pens while holding his sleeping daughter. After receiving tons of requests to help the man, Gissi was able to locate the man and start a fundraising campaign with the help of CaptainMaj, Jessy El Murr from Sky News Arabia annd Carol Malouf who runs an aid organization Lebanese4Refugees.

The campaign went viral and the 35-year-old single father of two from Syria received almost $175,000 in donations in only 6 days. The original goal set for the crowdfunding campaign was only $5000 so this is quite amazing especially that there are still 9 days left. Attar used to earn $35 on a good day but now his life has changed dramatically.

When asked what he wants to do with the money, Abdul said:

“I want to use the money to help Syrians. I don’t want to be the only one being helped; there are thousands of children on the streets. There are people who are worse off than I am,” he said passionately. “Syria is my country; these are my people. In Syria, we used to welcome everyone and help them.

“I am lucky because at least I have a roof over my head and somewhere to sleep,” he added. “There are many who are barely living. I hope this campaign grows to help all Syrians. I hope other Syrians get a campaign the way I got a campaign, and people can see the conditions they are in.”

Until Attar gets his money, Carol Malouf has been helping him get food, paid for his rent this month and has been working on getting his paperwork in order to establish him in Lebanon.

All in all, if this story proves anything, it’s that people are more than willing to help when they are given the opportunity and that small initiatives like this one can help change someone’s life positively. 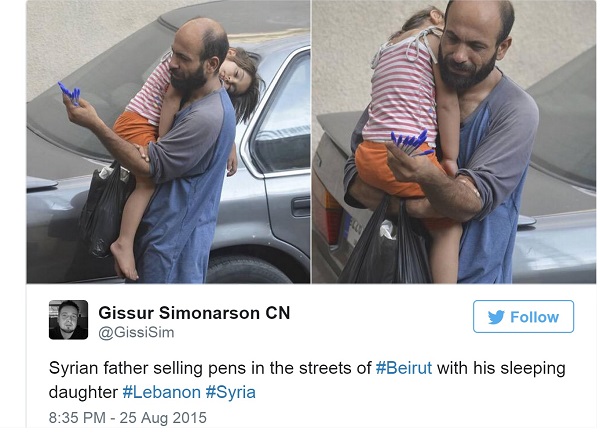 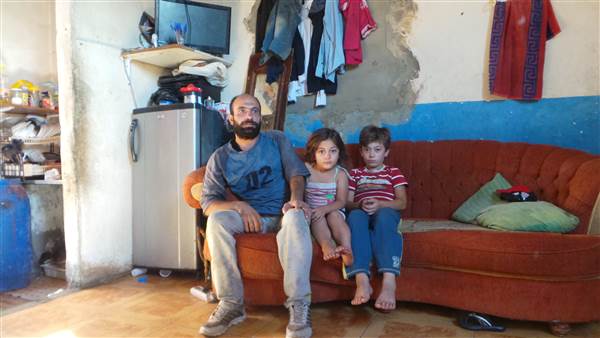