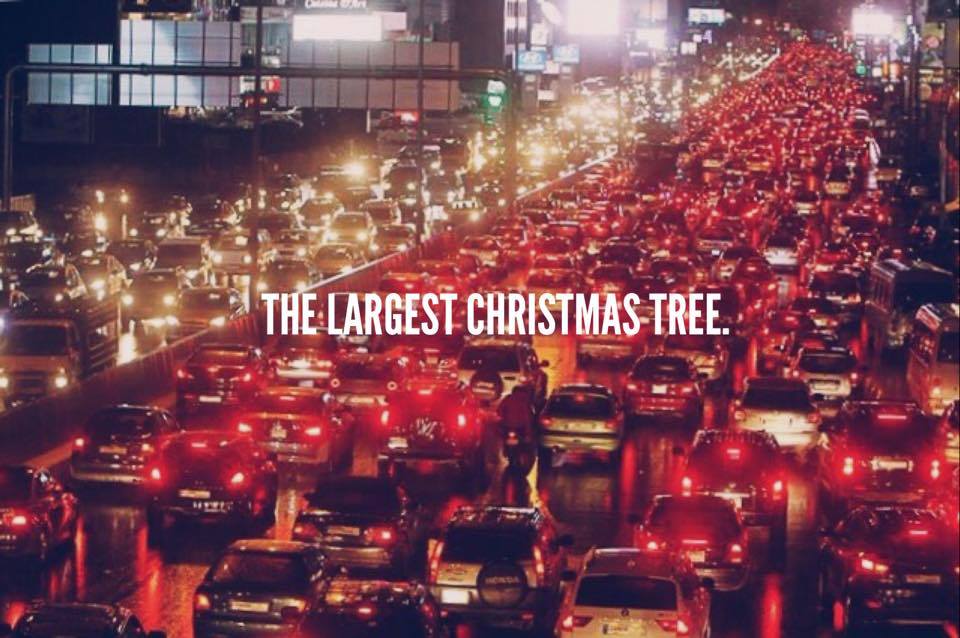 Two days ago, I left Beirut around 5pm and got stuck for 45 minutes between Saifi and the Touch building in Karantina. I thought at first it was just traffic but cars weren’t moving at all but as it turns out the security forces had blocked the road apparently because some Iranian official was visiting. I don’t know who’s the genius who planned this visit but I think Lebanese are the priority not a foreign official. Once we got past Touch it took me an hour and a half to get past ABC and Le Mall in Dbayyeh and then the road was almost clear. Yesterday was probably the worst traffic I’ve experienced this year as it took me almost 3 hours to get from Beirut to Jounieh.

The main reason behind all this traffic are malls, shops and restaurants on the highway and cars cutting off others to get in the parking lot. This happens all the time not just during holidays but it gets worse during Christmas and even worse when it rains during the holidays. Of course it’s normal to witness traffic during Christmas and it’s been happening for years, but the only thing that bothers me is that no measures are ever taken to relieve traffic congestion. Companies, malls, businesses and on top of them the authorities can at least try to make things easier for the Lebanese. They could allocate further parking spaces near malls during this period, or provide shuttle services, or organize the entry to malls. So many little things can make a huge difference but no one cares and traffic keeps getting worse every year. Of course there are things that we can do as well as citizens, like getting our Christmas gifts early, avoid going to the malls during peak hours, carpool, walk instead of driving to nearby places, take more days off during the holidays etc …

All in all, I love Christmas and I hate nagging or complaining during this period, but I really want the authorities, businesses and more importantly the blog’s readers to take this into consideration and try make things easier for themselves and others. For example and since NYE is in a week, try to go buy your stuff on the 26th or 27th not the 31st this year and see how great it feels and how much traffic you can avoid.