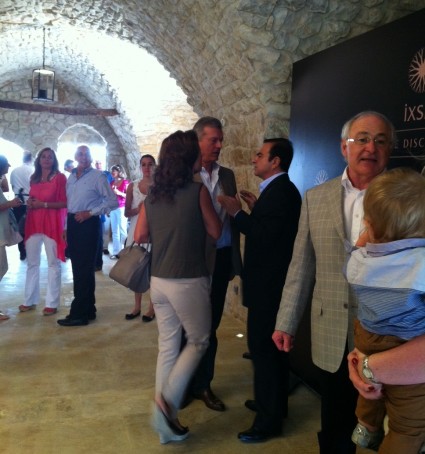 Renault-Nissan CEO Carlos Ghosn has decide to invest in Lebanese winery and become a sleeping partner in a winery called IXSIR. I was invited to that event and had the honor to meet Carlos Ghosn and even take a picture with him.

I don’t need to talk about Ghosn as this man needs no introduction. I will leave you with excerpts of his speech translated to English by Ansamed.info

I believe in the future of this country. Of course there will be highs and lows, but the Lebanese people can make it.” Having survived a terrible civil war (1975-1990), Lebanon now suffers the consequences of fears of a violent spillover from neighboring Syria. With the Gulf countries issuing travel advisories on Lebanon, both the real estate market and the tourism sector are in free fall, with GDP contracting rapidly after posting 8% yearly growth between 2007-2010. ”Yes, the Syria crisis is scary, but Lebanon is used to living in crisis. I have no doubt it will make it this time as well,” said Ghosn, a Brazil native who grew up in Beirut, where he studied with the Jesuits. ”And anyway, a good glass of wine is the elixir we need in times like these,” adds Ghosn, making a pun out of the winery’s name. 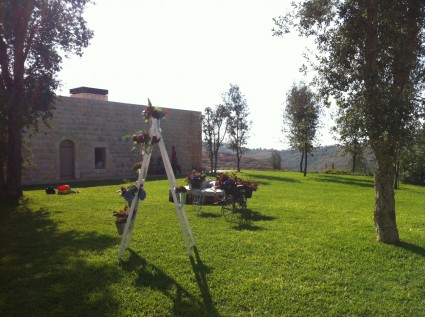 You will ask yourselves, what is a carmaking boss doing here,” he says. ”Well, for those of us dealing with an industry made of metal and big investments, in which governments often intervene, it is sometimes a relief to get away and recharge. And let’s not forget that this land has been producing wine since the Phoenicians. By exporting wine we can also export the lesser known aspects of Lebanon, which are quality and joie de vivre.