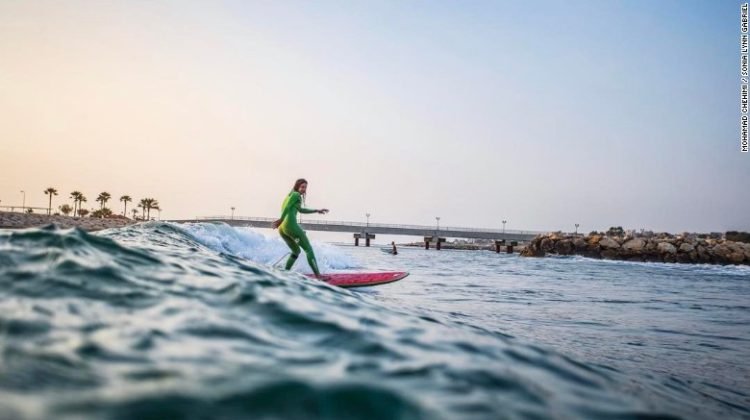 I remember when Cafe Najjar first featured a surfer in its most recent ads, I got several comments asking me if one can really surf in Lebanon while others laughed at the idea.

Well surfing in Lebanon is becoming more and more popular over the past two years, with its community growing up to 200 surfers, as per Paul Abbas who is Lebanon’s only surfboard shaper. Abbas became interested in the sport back in 2010 and when he struggled to find surfboards, he started making his own. He argues that “we get a decent amount of surfing days and I think we have good quality waves … and the good thing is we can surf all year-round in Lebanon”.

Surfing is taking place in Jieh, an ancient coastal town 28 kilometres south of Beirut. Check out [SurfLebanon] for more info and here’s a [link] to CNN’s story written by Bianca Britton.

Speaking of surfing, a 16-year old Syrian refugee who had never seen the sea until he fled to Lebanon, taught himself how to swim and joined Lebanon’s surf community. Check out Ali’s story [here].