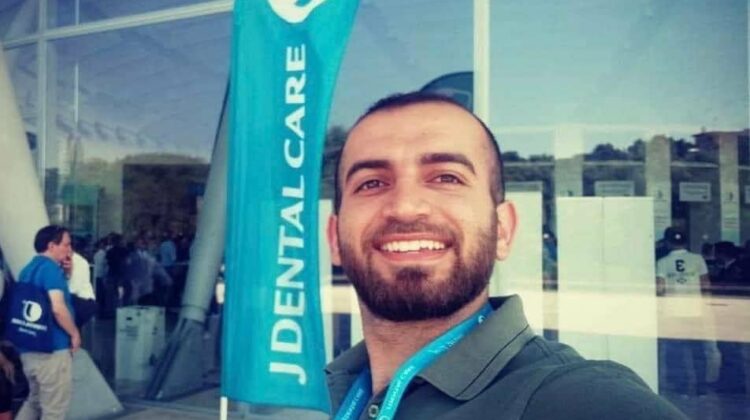 A Lebanese Army Sergeant called Salim Fahed stormed Dr Elie Jasser’s dental clinic in Ablah Zahle and stabbed to him to death with a sharp object. The motive? The sergeant’s fiancee was still hurting after her dental appointment so he figured he’d go and complain by killing her dentist! The worst part is that a video showed the murderer walking calmly out of the clinic wearing his mask as if nothing had happened.

This is the sad and horrifying state we live in, where the life of a human being is becoming cheaper by the day, and where violence is increasing by the day. Elie’s murderer was caught and will be tried, but this won’t bring Elie back to his family, his wife and his 4 month old baby.

May he Rest In Peace. Our thoughts are with his family and friends.