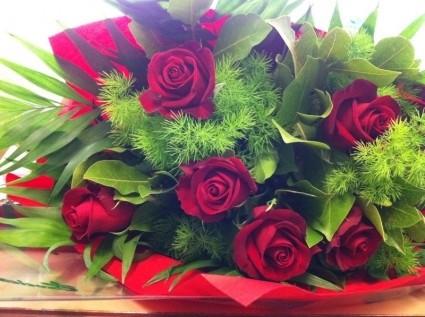 A funny incident happened yesterday with a friend of mine who was ordering flowers to send to her boyfriend and surprise him on their anniversary.

She called Exotica and asked them to deliver a bouquet of 7 roses and gave the guy’s work address and told Exotica it’s supposed to be a surprise.

Next thing you know, she gets a call from her bf some 30 minutes later that Exotica called him saying they have a bouquet for him and asking for his address. So much for a surprise lol!

But it does not end here. They sent 6 roses instead of 7 which sort of blew the surprise another time!

Nevertheless, she called back to complain and they sent back another bouquet of 7 roses to the guy with Exotica’s compliments.

I’ve never had problems with Exotica so this is probably a one time thing but it’s still funny. There’s something though that worries me about their delivery is that they take your credit card info on the phone (Full card number, expiry date and CVV). That’s not very secure if you ask me.