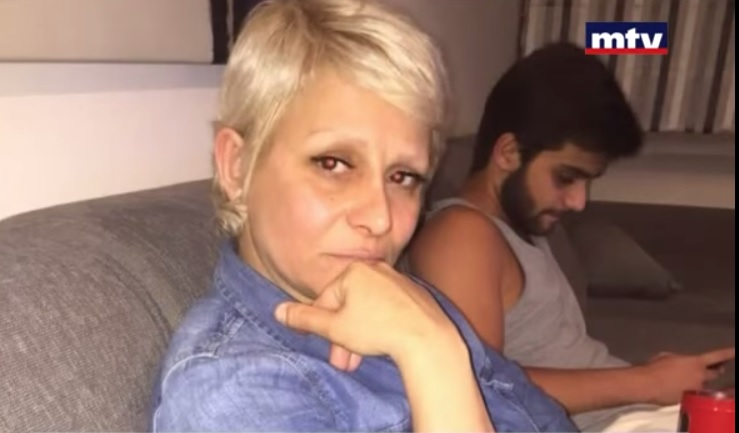 Every time I hear about a husband beating or abusing his wife in Lebanon, I keep asking myself why don’t the victim’s parents and friends do anything about it. I understand that some women are too afraid to speak up, but Sara al-Amin is not one of them and was filing a lawsuit against her husband for allegedly beating her over two decades! Unfortunately, Ali al-Zein shot his wife Sara al-Amin dead using an assault riffle after hearing that she’s pressing charges and fled the house. He was later on caught by the police.

Needless to say, this is a horrendous crime and everyone wants justice and is asking for the husband to be sentenced to death, but this is not enough and won’t get us anywhere. Even having a law that protects women from abusive husbands is not enough if society doesn’t step in to protect the victim. I am not here to judge the victim’s family or neighbors or friends, but to encourage them to take proper action next time they witness domestic violence and do whatever it takes to keep the victim safe and help her speak up. If you watch the below report, Sarah’s neighbor was trying to reconcile the couple and convinced her to go back to her husband, and Sarah’s father stated he wouldn’t have let her come back to her husband if he knew he had a gun. Both of them were obviously trying to help Sarah but should have called the cops or some local NGO like KAFA to ensure Sarah’s safety, even if it’s against her will because she was obviously more worried about her children than herself.

A man who beats his wife or his children for 20 years won’t stop anytime soon unless he’s jailed or severely punished. I know a guy who went and beat the hell out of his sister’s husband because he was hitting her and it worked but that’s not the right way. Friends, family and neighbors should be pressuring the authorities to arrest an abusive husband before he commits his crime not after, and the cops should put under arrest a man beating his wife before he kills her not after. This whole “Keeping it in the family” thing should stop because the victims always end up being the highest price.

Having said that, please do report any case of domestic violence you witness and try to help the victim while keeping her safe. Sarah was brave enough to file a lawsuit against her husband, but there are hundreds if not thousands of other Lebanese women too afraid to speak up. As far as the ISF is concerned, Kafa has already trained over 100 ISF members on how to handle domestic abuse cases but further action is needed to make the victims feel safe and able to go back home and not be threatened by their abusive husbands.