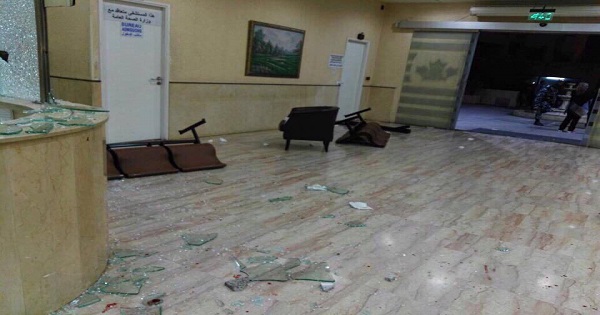 A young man wrecked the Lebanese Canadian hospital in Sin el fil after his 36 year old brother passed away unexpectedly. Based on what I’ve read, his brother had a severe stomach pain and was supposedly recovering but then his condition deteriorated during the night and no doctors came to check up on him. The victim’s brother is claiming the hospital and its incompetent staff are to blame.

The video is quite disturbing as the whole floor is wrecked and this is not something you’d want to see in a hospital. A full investigation should be launched to understand how this young man died and who should be held accountable.