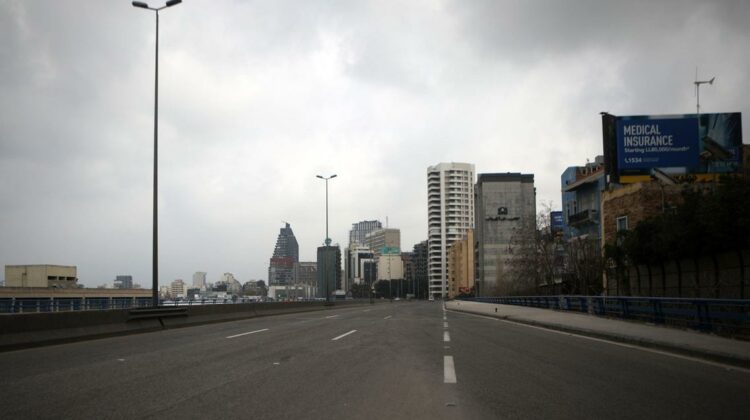 Let me start but saying that lockdowns in most countries around the world have turned into failed experiments, but quite often helped these same countries in planning the re-opening phase or implementing a second lockdown, or at least address some of the gaps found in their health care system.

Unfortunately for us in Lebanon, we’re in our third lockdown, if we were to consider the second “partial” lockdown as one, and we’re still committing the same mistakes all over again. As a result cases are still on the rise, and every new lockdown announced is failing miserably. Why is that happening?

1- No logic behind the lockdown: People are frustrated all over the globe by their government’s COVID-19 measures, and it’s only normal because the world is simply not prepared to manage a pandemic and those in power are panicking. However, we have enough information from WHO and tons of other healthy agencies to take reasonable measures to limit the spread as much as possible.

This being said, can someone explain to me why people are still allowed to visit each other in Lebanon? How is shutting down businesses and setting curfews going to help if people are not fined for visiting their families and friends?

Also, the license plate-based driving is probably the dumbest measure ever implemented, as it encouraged car pooling and helped spread the virus. Can someone tell us who sat down, discussed this idea and thought it would be a good one? How is it possible for a committee of intelligent people to decide such a thing?

2- Incompetent Ministers: You have a health minister who can’t get himself to respect the guidelines, and an Interior minister who doesn’t believe in lockdowns and thinks women are not fit to become prime ministers. I don’t think I need to add more here, there are tons of videos validating this point 😁

3- Selective Enforcement: There are plenty of no-go areas for the security forces in Lebanon, a problem which we’ve had for decades now and there’s not enough collaboration between the different security agencies and municipalities. Unfortunately, this might not make a difference when you’re implementing a new traffic law, but in a pandemic, it makes the whole lockdown useless.

4- No data consolidation, hence no tracing: This was the problem since day 1, and it’s a HUGE problem. Even when we barely had few cases, no proper tracing was done and quarantine periods were not being respected. Add to that the fact that numbers provided by a recently released COVID-19 map used a person’s place of origin, not place of residence, and that there’s not a serious follow-up at the airport for incoming passengers to quarantine for at least ten days. We’re a tiny country with two closed borders and one airport, we probably had the easiest task ever to control the spread and somehow we failed to do so.

5- People are to blame as well: This is the case everywhere, there are irresponsible and stupid people who think this whole thing is a conspiracy and don’t mind risking other people’s lives. It’s the government’s responsibility to spread awareness and communicate properly with the people, but it’s up to each and every one of us to do the same as well.

To sum things up, half the Lebanese are struggling to make ends meet, businesses are desperate for every working day to keep paying their employees, and our healthcare system is crumbling because of the pandemic and economic crisis. No one is expecting miracles from this lockdown or the next, people just want some commonsense!!

– You want businesses to survive, let them open longer hours and implement stricter measures.
– You want cases to drop, ban house visits and gatherings; don’t set random curfew hours.
– You want better tracing, start by fixing the airport fiasco, set up a proper database and make sure people are quarantining.
– You want people to follow the rules, get competent ministers.

Last but least, schools and daycares should have been given a much priority since months, but our Education Minister was too busy giving interviews, planning public stunts and looking for 6 year-old laptops to score political points.