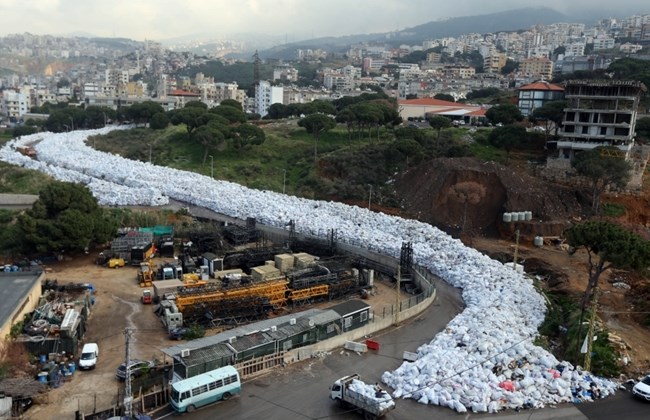 2- Put the garbage bags on both sides to promote road safety and use them as safety barriers for drivers.

3- Color the bags on both sides in red, cut down a tree and put it in the middle and take an aerial view to make it look like a Lebanese flag.

4- Hire photographers to take better pictures of the river of trash and make Lebanon garbage-famous. (CNN & Buzzfeed have covered the story so far)

5- Last but not least, try to get Lebanon in The Guinness Book of Records by forming the longest garbage river in the world. 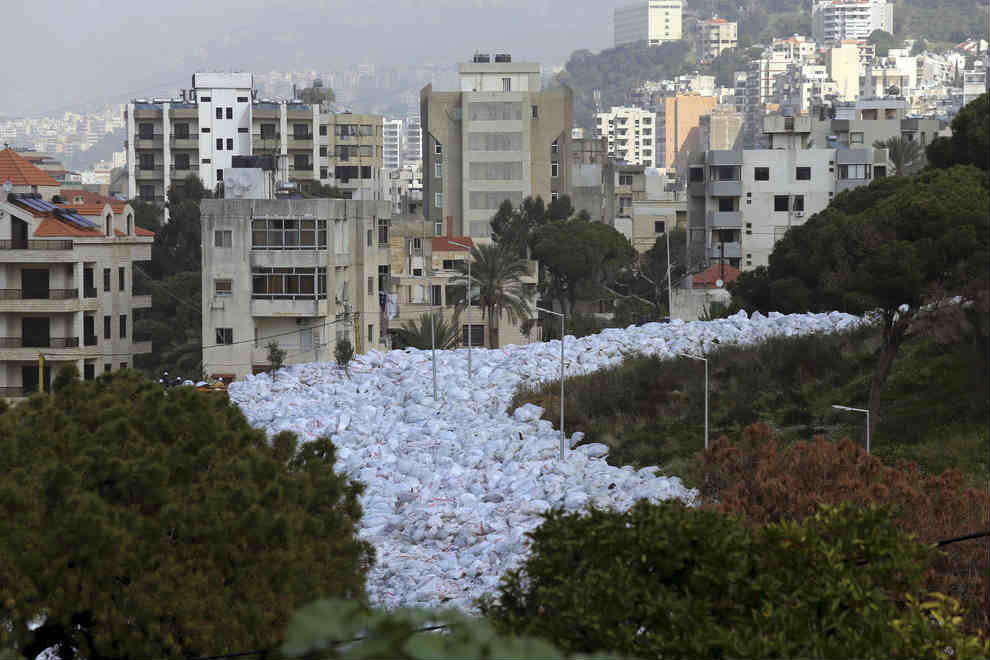 Updated: Farid Hobeiche found more ways to make use of these garbage piles spread around the country.

If you thought these 5 points were funny, wait till you read this. Some of the remarks of H.E. Mr. Mohammad Machnouk, Environment Minister, at #UNDP 50th anniversary Ministerial meeting:

1- The Lebanese Government has adopted a three-fold approach to prevent environmental
degradation while pursuing developmental efforts:

2- Public participation in the decision-making process in Lebanon has been a key feature of the
Lebanese governance system since the first constitution back in 1926.