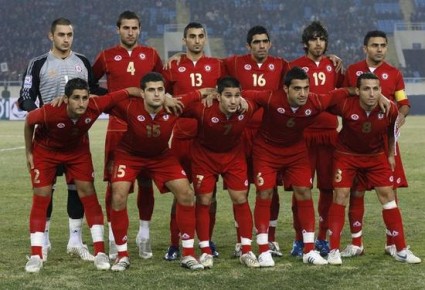 Members of the Lebanese National Football team were on Tony Baroud’s show on LBC the other day and few of them were complaining on how they are being neglected by the government (even though they got 10,000,000LBP for their win over Korea).

I fully agree with their demands to finance properly the football and other national teams, and recruit young talents and train them properly; however football is not a substitute to education or a professional career, at least not in Lebanon.

In fact, one of them was complaining on how he quit university and work to dedicate his life to football and the national team, and was worried he’d suffer financially after he retires and only get to work as a cab driver for example. Well if you chose to dump school and play football in a country like Lebanon where we don’t even have decent football fields, then you are doing it wrong.

Football in Lebanon is weak and needs a major push, so let’s hope a win or draw tomorrow against UAE will encourage investors to pour money into our Lebanese football clubs and the national team.