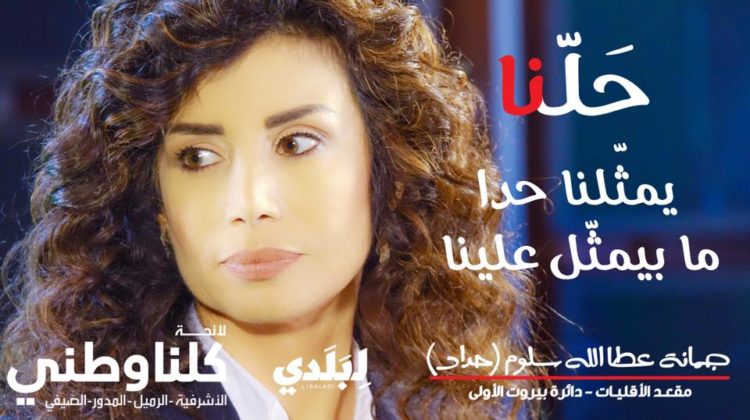 What happened with Joumana Haddad in Beirut I is something we have gotten used to unfortunately in past elections, and that we’re unable to change or challenge simply because those who are in charge are still the same and accountability and transparency are not really on their agendas.

The amount of flagrant violations that we’ve seen in these elections is unheard of and the way the Interior Ministry and related parties dealt with them is unacceptable. There may have been a miscalculation in Beirut I that favored Joumana but kicking election delegates out and claiming there’s a “technical error” to fix by the IT that somehow resulted in Haddad losing her seat is suspicious and calls for a thorough investigation and a total recount on the spot, before announcing the final results.

Dragging the candidate to challenge the validity of the elections will only drag for months is an indirect way of telling them they lost and there’s nothing we can do or want to do about it.

This whole debacle could have easily been resolved by an official from the Ministry heading down to the Achrafieh polling station where that IT error took place to supervise a proper recount and make sure no fraud or mistakes are being committed. We’re talking about one of the smallest districts with the lowest voter turnout so this whole thing could have taken few hours and we’d be good!

In all cases, I wasn’t very optimistic about these elections and the only positive outcome was Joumana’s win but it got ruined somehow. Nevertheless, she wouldn’t have made much of a difference because the people have spoken and they want their sectarian leaders back. Enjoy the next four (or nine) years and try to remember some of the promises that were made during these past two months or at least remind your MPs about them because none of them will become a reality 😊