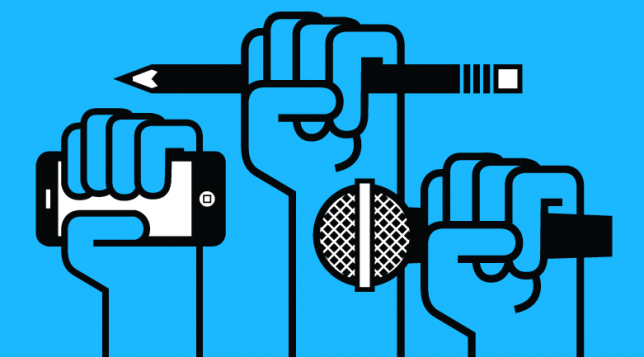 Whether you like Marcel Ghanem or not, I think we can all agree that he is the best TV host we have in Lebanon and that his show is among the most popular and respected among Lebanese and is way ahead of the competition. This being said, I was quite surprised to hear that he’s being legally pursued because of his Saudi guests on last week’s episode.

I watched the episode and found the two Saudi journalists to be arrogant and disrespectful and I do believe Marcel should have reacted in a better way but this doesn’t justify at all any legal actions against his show. In fact, and ever since Hariri’s sudden resignation, it was great seeing how free and open our press has been in asking questions, expressing opinions and promoting critical thinking. Moreover, I think we should host more foreign journalists and officials so that Lebanese realize that no one cares about us and that we should put our country’s interest above all and hold accountable officials who don’t.

Freedom of the press is one of the very few things that we can still brag about in Lebanon, even though it’s far from being perfect, and the last thing we need are measures that could compromise this freedom and all others. The real problem lies not in protecting freedom of expression, but understanding that this should not come at the expense of other civil rights. History has taught us that the authorities use their power to censor or label speech selectively and unpredictably. This has been illustrated in the ongoing arrest of online activists and journalists over Facebook statements; while politicians or certain media outlets inciting hate speech are left unscathed.