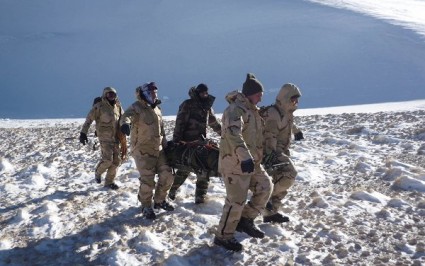 Beirut – A Frenchman was killed Friday in an avalanche on a skiing trek on Lebanon’s highest mountain peak, the Lebanese Army and Red Cross officials said.The man, whose name was not released, was with 10 other skiers, who escaped unharmed.

After a four-hour rescue mission, Lebanese Army troops and Red Cross volunteers managed to reach the 10 tourists in the mountainous area of Qornet Sawda in northern Lebanon, the Lebanese Army said. [Source]

The body was found few days ago by the Lebanese army ski team. Here are two additional pictures I got by email, one taken by a certain Fadi Taouk and another from the Lebanese army website. The skier’s name was Baptiste. May he rest in peace. 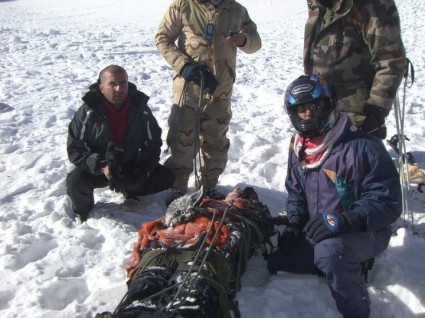 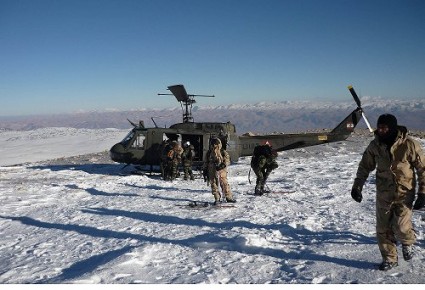