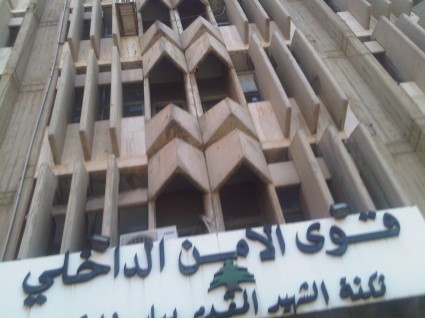 I hate getting papers from the government, I hate standing in line like cattle waiting for some uneducated idiot to hand me a document I need for a certain procedure and I hate the worn down government buildings where the there are no elevators, where they take your signature in giant notebooks, where everyone smokes, where it looks like the last time they were maintained was in the 70s.

I travel to Saudi a lot for work, so every couple of months I need to get a Sejel 3adle from the government in order to process my visa.

Since I live in Beirut, I get my Sejel 3adle from the “Pierre Ghawi barracks” in Badaro. Just look at this building… it looks like it came straight from Lord of the Rings.

In order to get the Sejel 3adle, you need 2 stamps of 1,000 LL each and your ID. You stand in line and once you get to the counter you hand over the stamps and ID and you get the Sejel in less than a minute. But standing in line is an amazing experience. I used to try to get there very early in the morning as to avoid the long queues, but the line would always extend outside the building and around the corner. To add insult to injury, the AC units that hang outside the building keep dripping water on the people standing in line… Sort of a new-age Chinese torture, Lebanese style. So by the time you actually get inside the building, you’re sort of covered in AC water.

Then there’s always some person who knows someone and ends up cutting in line and I’ve seen that happen about 10 times till now. Last time I was there, the son of a colonel came in, said hello to the guy in charge and cut right in front of me. I was so pissed off that I wanted to snap his neck but I kept my cool, and then when my turn came the system shut down. I had to wait for an extra 30 minutes until the IT guys came in and repaired the problem.

I didn’t take pictures inside since I didn’t want to get in trouble.

However, here’s a tip for anyone who wants to get a Sejel 3adle: NEVER go very early in the morning, go around 10:00 AM. There are no lines and you’ll be in and out in less than 2 minutes. 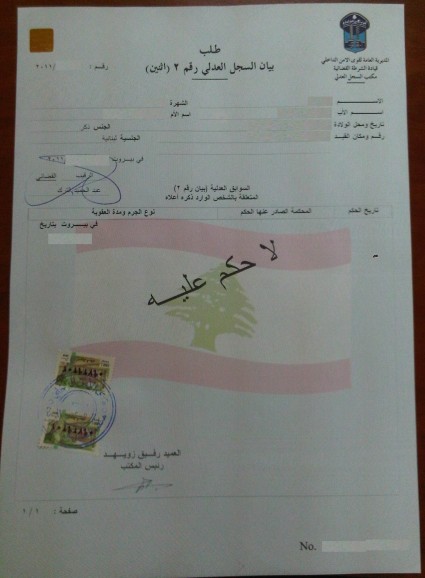