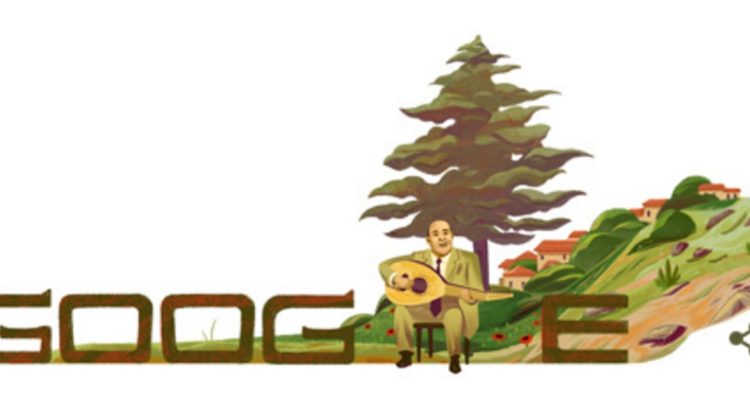 Google’s doodle today is a tribute to Wadih el Safi, one of Lebanon’s most prominent cultural icons, on his 95th birthday. El Safi passed away two years ago at the age of 92. El Safi “became known as the “Voice of Lebanon” after winning a national radio competition at the age of seventeen. He was a singer, songwriter, composer, and actor, well known for his mawawil (improvised singing)”. During his 70+ years long career, he released more than 3,000 songs and gave the Lebanese song its identity.

Today’s Doodle celebrates his rich legacy, which helped etch an authentic Lebanese musical identity, drawn from the folklore and heritage of his country and region.