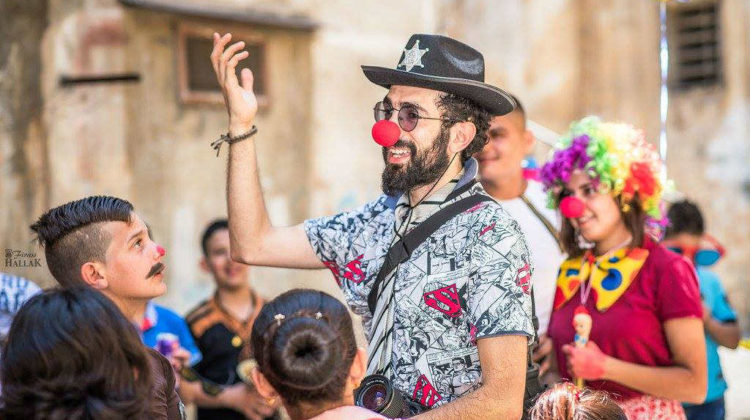 Eid is an occasion for children to celebrate and reunite with their loved ones but unfortunately that’s not the case in several areas in Lebanon and especially in Tripoli, Lebanon’s second-largest city and one of its poorest. Last year, I visited Tripoli during Eid and visited some of its most deprived streets where NGOs and locals had prepared small gatherings to entertain the children.

What caught my attention the most was a volunteer-led clown flash-mob in 7aret el Tanak (Tin Neighborhood), one of Tripoli’s most underprivileged parts which had little-to-no infrastructure. Journalists, engineers, students and activists came from all over Lebanon, dressed up as clowns and spent the whole day celebrating Eid with the locals.

No NGOs or associations are behind this initiative and it’s great to see it growing, becoming more organized and attracting further people as was the case this year. Happy Faces is the fruit of a handful events around Tripoli where participants from all over Lebanon gather to spread joy and happiness with those whom life got hard on. None is a professional clown, they just dress up like clowns and spread smiles!