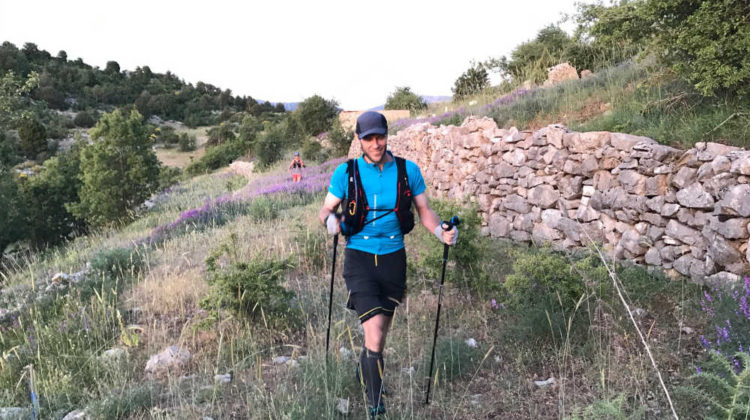 The Lebanon Mountain Trail (LMT) is the longest hiking trail in Lebanon as it pretty much covers the whole country. It extends from Kobayat in the north of Lebanon to Marjaayoun in the south, a 440 km path that transects more than 75 towns and villages at altitudes ranging from 600 to 2,000 meters above sea level. “The trail celebrates the natural beauty and cultural wealth of Lebanon’s mountains and promotes responsible tourism that brings economic benefits to the local communities”.

On June 13th, Patrick Vaughan, trail runner from Steep Adventures in the US, crossed the LMT and set a new record by running 470 km in 6 days and 17 hours. The run was organized in cooperation with the Lebanon Mountain Trail Association (LMTA) and the DC-based American Friends of the LMT (AFLMT), with the support of Avedis Kalpaklian, the LMT through-runner and previous record holder.

I would love to cross the trail one day but it requires a lot of preparation and time unfortunately. Vaughan dedicated his run to raise awareness about the LMT, and the importance of the protection of the mountains, thus tuning to the theme adopted by the LMT Association for 2017: “We Walk to Protect Our Mountains”.