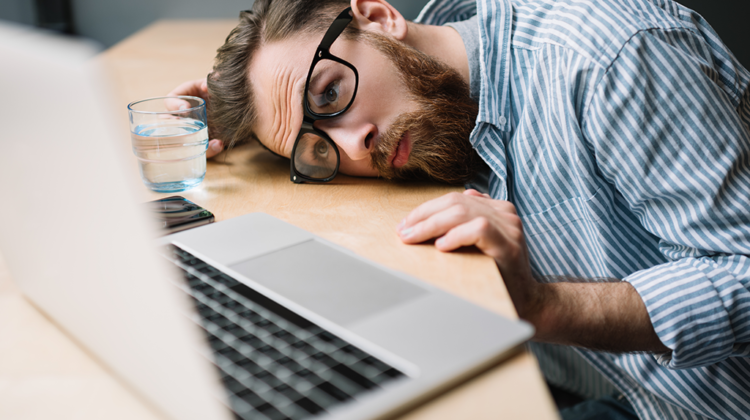 Look up IDD or #InternetDeficitDisorder online and you’ll find a page explaining this new phenomenon that’s affecting a lot of Lebanese whenever internet starts acting up. I’m not sure if this is a joke or not, but we do suffer from horrible internet and the symptoms listed below are quite common:

Rain-phobia: Panicking whenever you’re downloading a huge file or upgrading your software and it starts to rain since connections tend to cut off during storms or heavy rains.

Router addiction: Steal your neighbor’s WIFI connection and move your desk to the living room to stay as close as possible to the router. I still have our old neighbor’s internet password back from when I used to live at my parents.

Endless scrolling: ” A person with IDD will mimic this habitual behavior in real life by holding an indivisible smartphone in their hand and constantly moving their thumb in that repetitive motion”. Now that’s just weird.

Compulsions: That’s also a bit of a weird symptom to have but IDD is no joke so who knows?

They should have added to these symptoms a rather “positive” one:

Memophobia: That’s what we do best in this country. Make up jokes and come up with memes to try turn the situation into a humorous one and stay away from the state of panic and depression resulting from an Internet cutoff.

“Upon further studying the ravages of Internet Deficit Disorder, specialists in Lebanon have finally discovered a solution that has been right in front of them all along: AlfaNet from Alfa Telecom. A router powered by electricity for all residential and office spaces, AlfaNet provides super-fast internet connection with 25 GB starting bundle at $30 a month.”