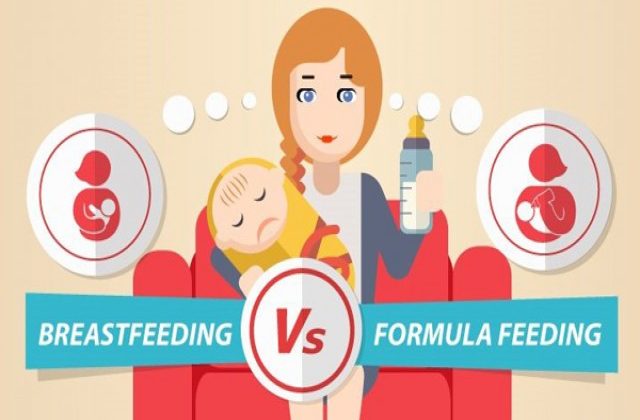 When the new government was formed, I asked around about the new Health Minister and everyone told me he’s an excellent doctor and a great fit for the job. I don’t know if he’s that good as a physician, but his performance as a minister so far is nothing to be proud of.

No serious actions have been taken to cut down smoking and implement the No-Smoking law, he’s attacking supplement stores claiming protein drinks can kill you and need a doctor prescription (WTF?) and now he wants to ban formula milks for children under 3 years from stores and hospitals.

The problem is not really the ban itself, since the milk will still be sold in pharmacies from what I understood, but the reasoning behind it. I’m all for promoting breast-feeding and punishing hospitals who promote formula to new-borns instead of encouraging the mother to breast-feed, but claiming that a lot of women don’t breast-feed to preserve their breast and body shape is a hasty generalization and an insult to all women who struggle to produce milk or have certain health conditions that prevent them from breast-feeding.

More importantly, and this has been raised in recent years, women should not be forced into breastfeeding as it affects them and the baby negatively. Breastfeeding is hard — emotionally and physically. It’s also highly stressful especially when there’s peer pressure and a lot of mothers feel guilty for not being able to bond with their new-borns but that’s simply wrong.

Yes it’s highly advisable for mothers to seek help from doctors and lactation experts and do their best to breastfeed, but it all goes back to the mother to decide exclusive breastfeeding, mixed feeding or formula feeding is optimal for her and her infant. Campaigns launched by so-called “breastfeeding bullies” have backfired big time in past years, forcing a lot of government health agencies to revisit their campaigns.

On another note, and since the Health Minister is so keen on promoting exclusive breast-feeding, the least he can do is guarantee minimal conditions for mothers to be able to breastfeed exclusively, by 1) extending the maternity leave which is barely 70 days and 2) Ensuring malls, companies, restaurants, banks and businesses are properly equipped to help breast-feeding mothers feel at ease and 3) apply the NO SMOKING law in public places since tobacco is a MUCH BIGGER THREAT to babies than formula milk.