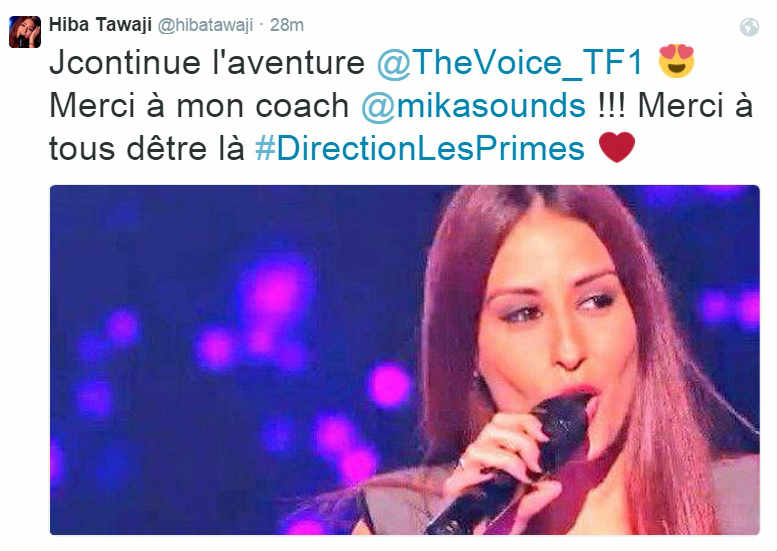 Update (04/04/2015): Hiba Tawaji is still going strong in the Voice France and has advanced to the next round. 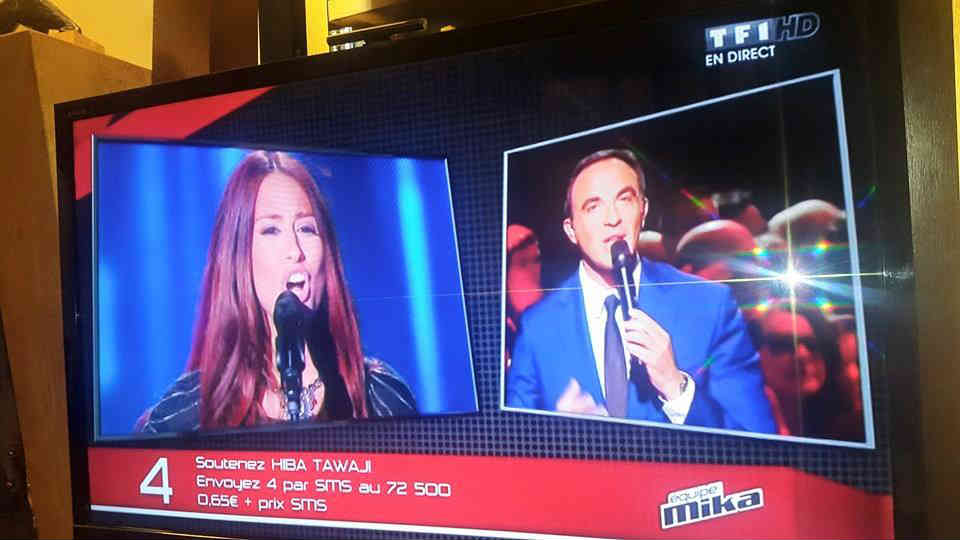 Hiba Tawaji is one step closer to the Voice France finals after she passed the knockout rounds and advanced to the live shows, which are the final stages of the show. At this point, Hiba will be competing next week against 3 other candidates from the same team and performing live. I was looking for the video and it just got uploaded (Check starting Minute 2:30) 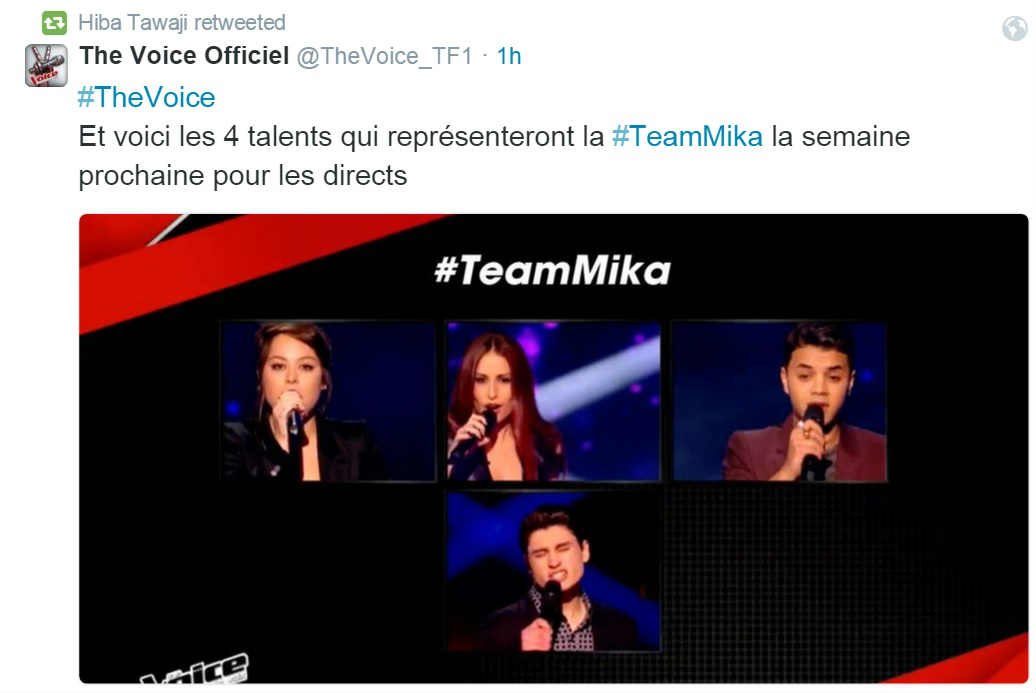