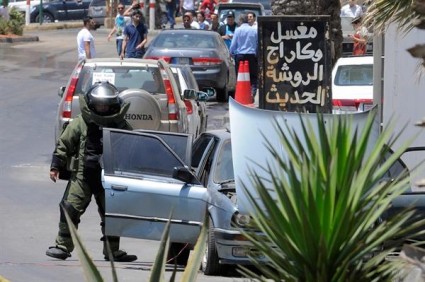 According to this 1992 article from Time Magazine entitled “Lebanon: The Terrible Tally of Death”, our country has witnessed 3,641 car bombs during the 1975-1990 civil war period, which resulted in the death of 4,386 people (including 241 U.S Marines and 58 French Paratroopers).

I thought the number was pretty high and so did Karl (see below conversation) because 3641 car bombs during 15 years (almost 5475 days) means 1 car bomb every 1.5 days which is incredibly high. Having said that, another source “The Atlas Group” mentioned that only 245 car bombs, which is more reasonable, took place. From what I recall, the highest number of car bombs took place during the Elie Hobeika era.

Let’s hope we will reach one day in Lebanon where car bombs will become part of our history only. 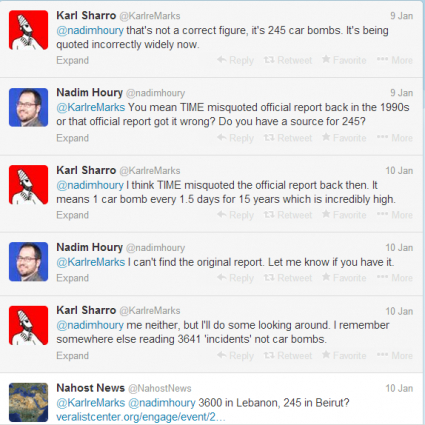