An Online campaign shedding the light on women rights in Arab countries.

International Women’s Day is celebrated on March 8 in Lebanon and around the world every year. It is a a global day celebrating the social, economic, cultural and political achievements of women and more importantly a reminder for us here that Lebanese, and Arab women in general, are still second-class citizens.

The Lebanese laws discriminate against women and don’t guarantee their basic rights. Lebanese women cannot pass their children the Lebanese nationality if they marry a non-Lebanese, they have no legal protection against abusive husbands, they are barely represented in the government and they have to go through hell to terminate unhappy or abusive marriages among other things.

In fact, and I’m quoting HRW, “Lebanon’s current system of personal status laws violate women’s human rights, including to non-discrimination, equality in marriage, and at its dissolution, physical integrity, and health.” 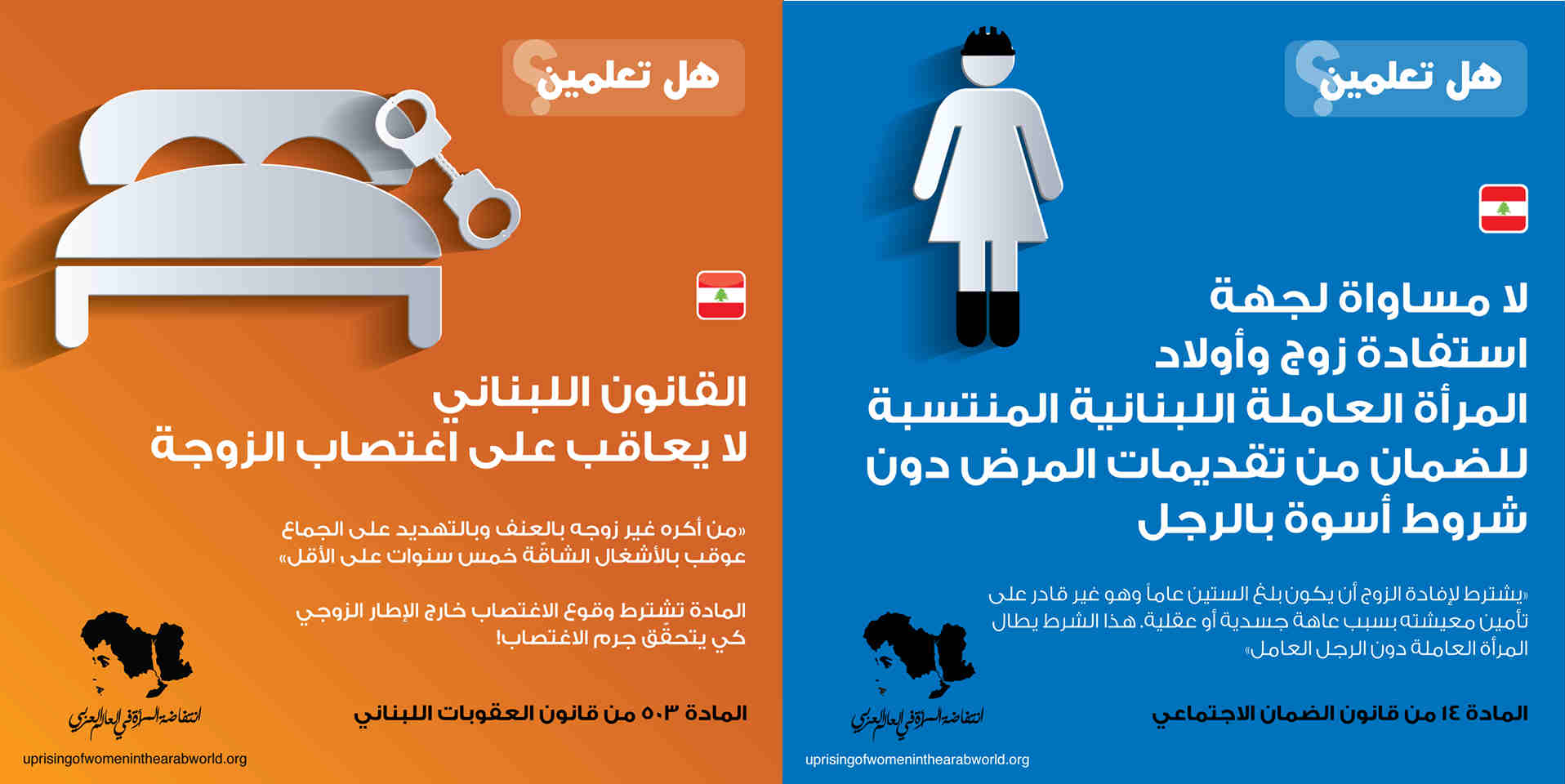 Despite all that, I’m finding it hard to believe that Saudi Arabia got a better rank than Lebanon in the 2015 Gendar Gap report. The Global Gender Gap Index is a framework for capturing the magnitude of gender-based disparities and tracking their progress and is published by the World Economic Forum. It is based on four indexes:
– Economic Participation and Opportunity
– Educational Attainment
– Health and Survival
– Political Empowerment 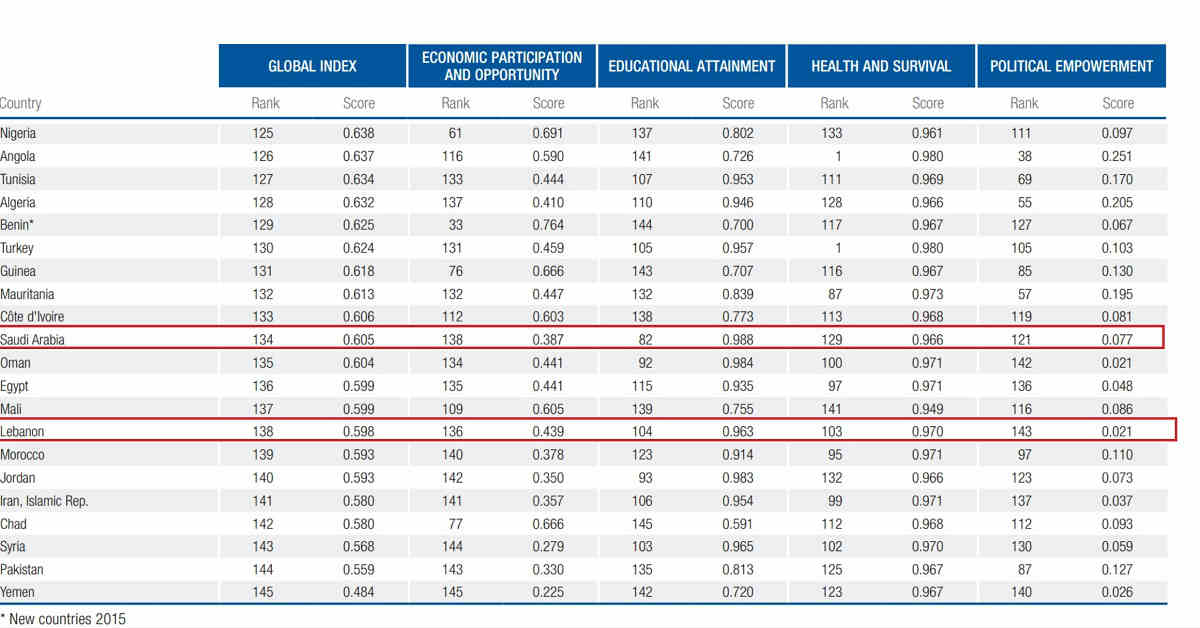 The worst part is that Saudi Arabia got a much better rank in political empowerment than Lebanon. I don’t know how it’s possible to compare the two systems and how the Saudi regime is more favorable to women than the Lebanese one to be honest.

Now I know that we barely have any female representatives in the parliament or as ministers, but disregarding the fact that Saudi Arabia is arguably one of the most repressive regimes in the world is quite absurd. I bet Gaddafi would have scored really high in that list with his 200+ female bodyguards lol!

You can check out the full Gap Gender Report [here].

All in all, Lebanon still has a long way before it reaches the needed level of women’s rights and freedoms but there are tens if not hundreds of NGOs working day and night to achieve that, there are even politicians (hard to believe I know!) drafting laws to make things better and concerns and issues are being voiced all the time. We cannot possibly be worst-ranked than Saudi Arabia and in the bottom 10 list.