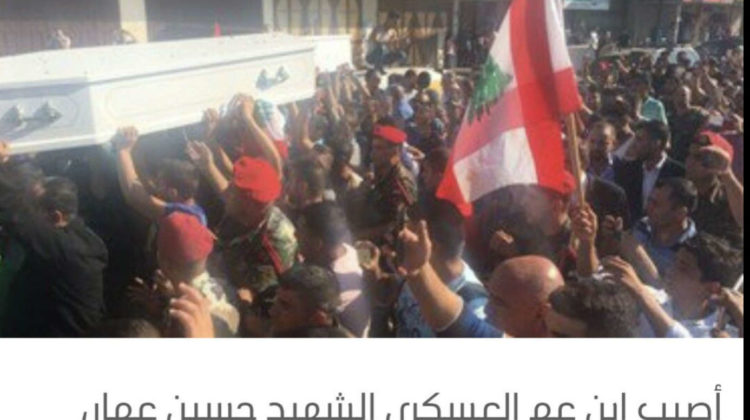 The families of the Lebanese army soldiers urged everyone in a statement NOT to celebrate with guns during the slain soldiers’ funerals but some insisted on doing so and the result was one injured man during funeral service of Lebanese soldier Hussein Ammar.

One shocking video shows an old woman empty a machine gun in the middle of the street with children around her collecting the bullets. Luckily no one was hurt.