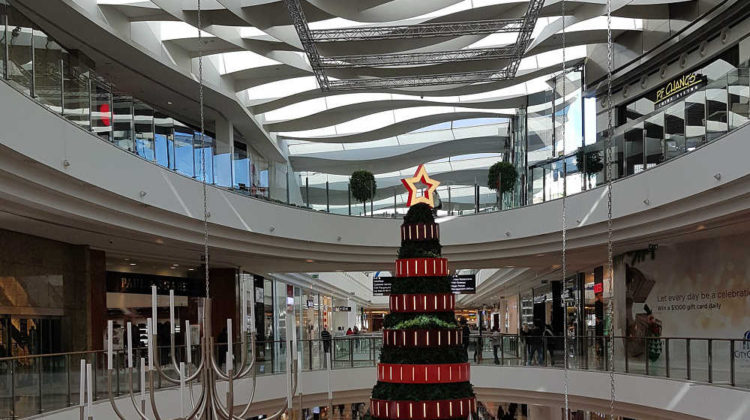 December is a month full of holidays, delicious dinners and endless Christmas deals and offers. It’s also a month where streets are in a perpetual state of traffic and airport and hotel bookings are close to their maximum capacity. Nevertheless, Christmas and New Year’s Eve are a beautiful yearly tradition where families, loved ones, friends and strangers regroup over meals prepared with love and exchanges of heartfelt gifts and wishes.

However, it’s easy to get carried away with all the cheer and excitement and spend more than we can afford during this month. Here are a few tips to help you avoid going into the red financially, while still making the best of the holiday season this year!

I know it’s tempting to avoid the long queues and congested traffic by doing your Christmas shopping early, but the closer to Christmas you get, the more deals retailers roll out in a last-ditch effort to increase sales before the year’s end. Have patience, keep track of your favorite retailers and make use of the offers they put out as the 25th of December draws closer.

If you work in an office or are still studying, chances are you’re participating in a Secret Santa gift exchange this year. It’s important to remember that Secret Santa exchanges are meant to bring cheer and foster relationships between coworkers and classmates, not show off who can splurge more. Focus on the thought and theme behind your gift or series of small gifts, instead of an over-priced, generic idea. Try to choose gifts that show how well you know the person whose name you drew. Choose gifts that are relevant or meaningful to your Secret Santa that’ll put a smile on their face and make the extra-heavy work and study load all the more bearable, knowing someone took the time to choose something nice, instead of just throw money around on fancy chocolates or mass-produced plush toys.

Sure that teddy bear with all the chocolates you’ve never bought before looks perfect while you grocery shop, but remember, you’ll probably never see them again till next Christmas, if ever. These promotions are designed to make you buy in-bulk what you don’t really need that much of. Exercising self-restraint and calculating whether you really need to buy a dozen of something instead of just a handful, can go a long way in helping you avoid maxing out your credit cards this holiday season.

4- Cut Down on Your December Outings

The week that stretches between Christmas and the New Year is often packed with big dinners and parties. Try to cut down on unnecessary outings before then, to make sure you have enough to spend on the ones that really matter. After all, do you really wanna be the Scrooge when it’s time for that big family dinner because you overspent at a club or pub a couple weeks before?

5- Don’t Over-Spoil Your Loved Ones

Your mom and dad and brother and sister know how much you love them (I hope!) and so does your significant other and/or children. One or two thoughtful gifts is more than enough to show them you care. Figure out what they need most, what they’ve been wishing for recently and ideally, make your own personalized gift along with that big purchase they’ve been craving for. What’s the point of spoiling them for a couple of nights, if you’re gonna spend January cutting costs instead of enjoying your time with them after a busy December!

The entire point of Christmas ornaments is decorating it together with the people you love most. It doesn’t really matter if an ornament costs 20 cents a piece, or $20 a piece, the whole idea is to joke around, sing Christmas carols and remember fond times as you participate in decorating your Christmas tree together. Why not recycle or make your own ornaments, especially if you have young kids who would have a blast making their own ornaments with your help. Plus, no fancy ornament can replace one your 2-year-old made and you still put up many years later, looking back fondly at all the Christmases you’ve spent huddled around the tree counting your blessings and sharing your hopes an dreams for the upcoming year.

Filling up giant socks with candy won’t just hurt your wallet, it’ll probably lead to helping your dentist balance out his or her own December deficit. The food you’re preparing for dinner is more than enough to fill everyone up on the night and a couple more days of delicious Christmas leftovers. Just cutting down on that simple part can really help you save on your credit card bill for December, or at least, help you put that money where it can be of better use to you and those you love.

You’re already getting a decent number of days off from work or school, so no need to take a personal day because we both know it’ll end up with you shopping for something you don’t really need or spending it on an outing you could’ve done without. You’re better off saving that time and money till it’s Christmas and New Year’s Eve.

9- Head to Your Villages on the Weekend

Most of us live in the city, but most of us come from more rural parts of Lebanon. As much as we’re used to our urban environments, it’s kind of chaotic during holiday season. Traffic, bad road conditions and long queues everywhere means that a weekend getaway in your village or a town you love is all the more alluring. No traffic, cheaper outings and a chance to see relatives and childhood friends you barely get to see anymore is a much better investment of your time and money away from the hustle and bustle of city life during that period.

I know your mom or teta or wife or aunt are the best cooks in history, but it’s their Christmas and New Year’s too. Get off your lazy asses and participate in preparing and organizing dinner and holiday celebrations. Assign different tasks to each member of the family, that way, no one is too tired or stressed and everyone feels involved. If you’re going to your relative’s for Christmas Eve, share the cost and workload by preparing some dishes or dessert yourself. Also, make sure you don’t end up with 27 buches de Noel and organize things better so that you have enough of everything you need, without anything going to waste.

11- Easy on the Charcuterie

A cheese platter isn’t complete without a couple of kinds you can’t even pronounce the names of, much less eat any other day of the year, right? Make your charcuterie choices smart, and get enough of what you know you and your loved ones love the most. It’s not a contest of who can pretend to like and love this kind of cheese or that kind of cured ham.

I know your uncles and cousins might be supporters of your rival football team or political party, and that a couple of stiff drinks will help you not get into an argument over who deserves the ballon d’or or to win an election, but come on, where’s your Christmas cheer? Avoid buying the multi-bottle offers for the glass that’ll break a week later or will just gather dust in your kitchen cabinets. I’d advise you make it a BYOB affair, so that everyone’s favorite wine and liquor is available, without breaking your bank and letting them age in your alcohol cabinet (unless if it’s wine meant for ageing of course!)

13- Replace an Unessential Luxury with a Meaningful Donation

That extra cheese kind you can’t pronounce? That oversized stocking? That unnecessarily large wine bottle crate? That second buche? Allocate the money you were gonna spend on that to donate to your favorite charity organization or NGO. Remember, as you prepare for your special nights, parties and dinners, many people around the world and not so far from home are struggling to put food on the table and warm clothes on their backs. Get your family and friends to gather up the clothes they barely use anymore, buy an extra item that doesn’t spoil when you’re grocery shopping and gather loose change and extra cash and give them as a Christmas gift for a stranger. It might not help you avoid credit card debt, but it’ll definitely tip your karma balance in the right direction.

14- Shop Online
Prices are almost always cheaper online and there are plenty of discounts and offers on retail and shopping websites. Most of them also offer free shipping during the holidays so make good use of that!