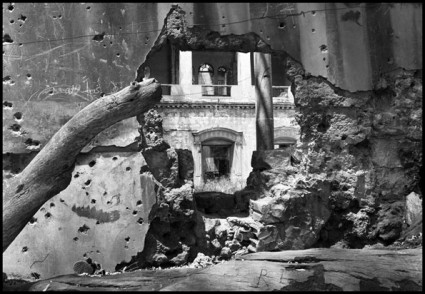 1- Don’t buy a gun unless you really feel the need to. (To protect your house from robberies for ex)

2- Don’t keep a gun in your car or under your belt unless you are ready to injure/kill someone or yourself.

3- If you must have a gun, buy one and not a whole arsenal. You can’t shoot a thief with an RPG. You are no Rambo!

4- Keep yourself and your family away from local political parties. They all took part in the civil war and are the only ones that would benefit from a new one.

5- Advise your children against working with political parties in schools/universities. Such activities will only fuel their sectarian feelings and waste their time.

6- Drive calmly and patiently. Avoid the horn and getting into fights with other drivers and let them pass from time to time. Respect the traffic lights as well. It’s not Armageddon and you will eventually get to your destination.

7- There’s no need to open fire on your neighbor if he parks in your spot. Call the cops and let them handle it or put a lock on your parking lot.

8- Learn to stand in line and respect others whether at movies, concerts, Libanpost office, ISF bureau etc…

9- Keep you religious beliefs to yourself. Unless you are a priest or a Sheikh, you have no obligation to preach Christianity or Islam.

10- Sports are strictly sports and should not be mixed with religion/politics. If you can’t tell the difference, stay home and watch.

For those who think we can’t prevent a civil war if the greater and regional forces want us to get into a new one, I remind you that a great number of the casualties (100,000+) during the 1975-1990 civil war were due to personal fights and accidents rather than clashes between parties or for some political reasons.

It takes two to tango, and as long as there’s only one side wishing for war, it will never happen. So let’s make more Ma3moul and Kellej and cut down on firing guns and RPGs everytime a politician makes a speech.

Nadine Labaki has an alternative solution to prevent civil war in “Where do we go now?” but we would need to legalize weed.