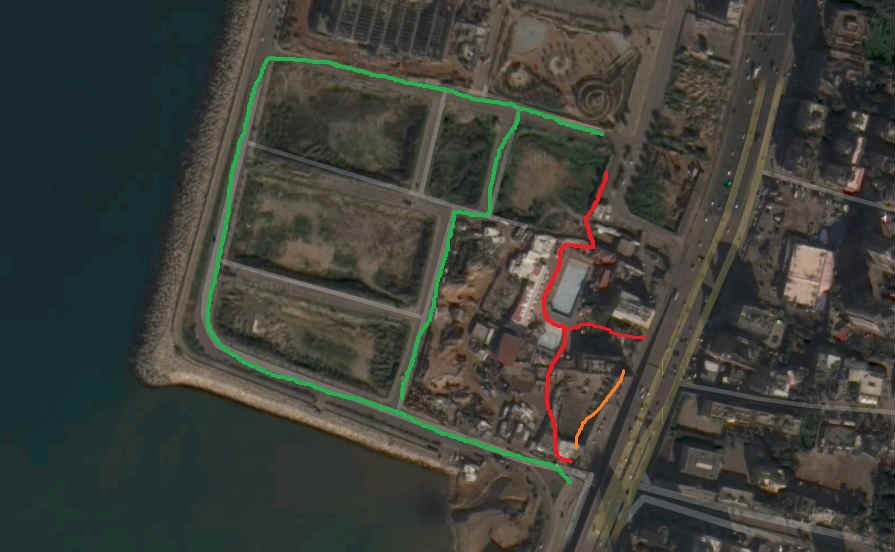 I was running late two days ago and the Dbayyeh maritime road was jammed so I thought of taking the highway but it turned out to be much worse so I tried to take back the maritime road near Golden Beach hotel. Unfortunately, the small road that takes you back to the maritime road was closed so I had to go backwards or take the inside roads of Antelias and get stuck there forever.

As I was stuck there wondering what to do, some guy was standing in front of the Golden Beach underground parking and letting cars in for some reason, and the policeman wouldn’t let me go back so I had no choice but to go in as well and took the “wasta shortcut” road by mistake. It looks like one of those roads that criminals use to smuggle things but it did the trick and saved me 30 minutes of morning traffic lol!

What I also found out about is that we have a new “Super wasta road”, or what I call “3aj2a maker” for army men and the ISF which I highlighted in orange. I’ve been begging the ISF on Twitter for months to close down these roads because they cause more traffic but we got an extra one instead. Most of our traffic problems in Lebanon are due to these small shortcuts and tiny roads, and people who overtake and create new lanes, yet no one wants to tackle this problem.