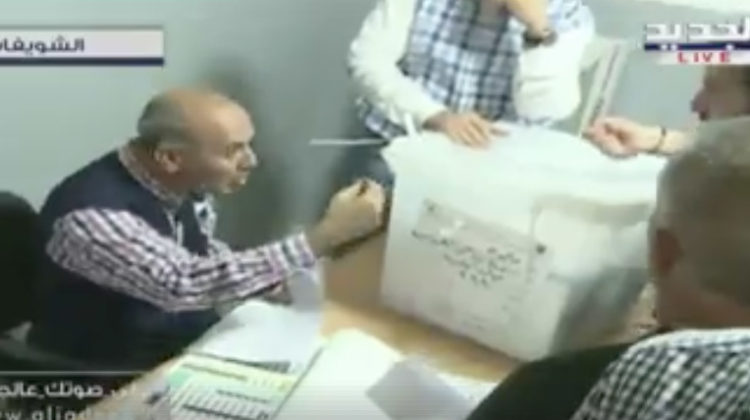 There were several fights reported today, most of them in Zahle between Lebanese Forces members and Fattoush and Skaff but the worst fight till this hour took place inside one of the polling stations in Choueifat where the head of the polling station was harassed and the votes were thrown out of the box.

and the other fights reported today: