I was on my way to Beirut a week ago when a policeman stood in the middle of the road (next to the Canadian Embassy in Jal el Dib) and started asking few drivers to park on the side including myself. At first I thought they were checking “mecanique” papers and indeed the officer asked me for my driving license and “mecanique” papers which I gladly handed over. I still had no clue I was being fined for using my phone because I don’t recall taking any calls or texting anyone that morning. A few minutes later, I got bored from waiting so I asked the officer if I can go if my papers are good and that’s where he told me I’m getting a fine for using my phone. I told him but I wasn’t using my phone as far as I know but he was like “Yes you were there’s an officer standing on the side of the road a few hundred meters back who spotted you”. I was like “Spotting me doing what?” but all he said was that I was using the phone.

I was in a rush so I didn’t bother argue anymore and took the fine and drove away but I’m still not sure what “using my phone” meant to this officer and how random these fines are. In fact, ever since I got the fine I haven’t seen any officer standing on that road and I’ve spotted tens if not hundreds of drivers texting and answering their phones on the same road. I even wanted to go and file a complaint but to say what? I am sure I wasn’t using my phone to text or answer yet I could have been holding it to check the time (I don’t wear a watch and my car’s clock doesn’t work) or listen to music (plugged to the radio with an auxiliary cable) but again I didn’t have proof and neither the officer who fined me did. I ended up paying the fine but I wish the ISF would clarify what “using our phone” means and why they are still fining people randomly and during peak traffic hours?

What’s the point of fining drivers stuck in morning traffic for using their phones? How does that help promote road safety? How about those speeding on the highway while texting and driving? Can we take calls if we have a handset or on speaker? What if I’m holding my phone down and have the speaker mode on? Is that also a fine?

More importantly, why aren’t there regular checkpoints to fine drivers breaking the new traffic law? I spot hundreds of drivers breaking the law on a daily basis on the highway and main roads. This is where the real threat is, not on the Dbayyeh Jal el Dib maritime (jammed) road at 8:30am.

All in all, I gladly paid the fine because I may have been holding my phone but it’s quite frustrating to pay a 200,000 fine while everyone around you is clearly breaking the law (including police officers) and getting away with it, and while you’ve been promoting road safety for years on the blog. 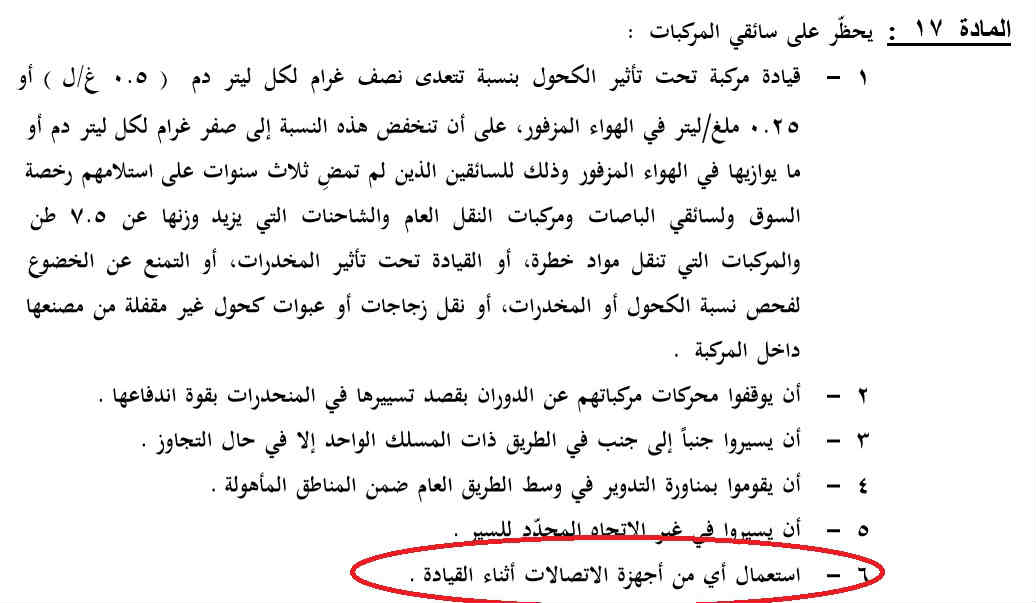