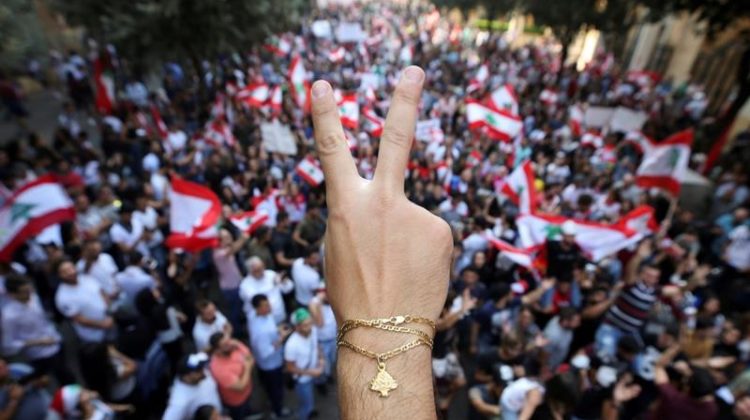 The answer is no, at least not in the next 3 to 5 years. As much as I want to believe that the revolution can still bring the Sulta down to its knees, the situation is very different from October 2019 and chances of a real change are very slim at the moment.

Does that mean the Revolution was crushed? No. It was weakened severely but the revolution will always be alive and I am confident there will always be opportunities for the Lebanese people to stand together against this ruling class, and 2019 was one of them but it failed unfortunately and we’re slowly but surely moving back to where we were back in the late 90s. In other words, an international consensus on backing rotten parties to rule the country & treat state institutions as a source of income, as long as they maintain the refugees/border status-quo.

Why aren’t all Lebanese out on the streets asking for their rights? Why are some of them so indifferent to the ongoing crisis and the disastrous economic situation? How can they be out drinking and dancing with so much suffering and injustice happening?

People are tired: 2019 was not the first time and will not be the last time a revolution or an uprising fails in Lebanon, and given the series of unfortunate events that hit Lebanon in the past two years, I don’t think any real change is happening anytime soon, especially in the coming elections, simply because people are too tired. Not desperate, they’re just tired and they need a break even if this means going back to an abnormal but functional situation.

You tell me how is that possible? Ask the older generations that witnessed the civil war, the Israeli wars, the 2005 uprising, the bombings, assassinations. Many fought hard, went down to protest, sacrificed everything for the sake of a cause or a leader yet ended up feeling betrayed or disappointed. Even those who are keen to stay and fight for their country want their kids to leave and start a new life abroad because they know how deep is the sh*t we’re in.

Call it denial, indifference, betrayal or whatever you want, a lot of people simply stopped caring and are either trying to leave the country, work relentlessly day and night to make ends meet or simply focus on their family and work and phase out from the troubles around them. Again many are still trying but the momentum that we witnessed back in October 2019 is no longer there.

Should we lose hope?

At the rate things are going, it’s pretty obvious we need 5-10 years to get back on our feet IF we manage to get a functional government and some foreign aid, and even in such a scenario, changes of getting our lifetime savings back are very slim.

We can never lose hope and keep fighting for a better Lebanon, but we also cannot blame people for putting their families and future first. I for myself would not hesitate to fight again and again for a better Lebanon but I would never jeopardize my kids’ future and ruin their childhood and I’m sure many feel the same.

I’m saddened and disappointed that I wasn’t able to offer them a safe country to grow up in but I would never want them to go through years of oppression, injustice, economic turmoils and God forbid another civil war.