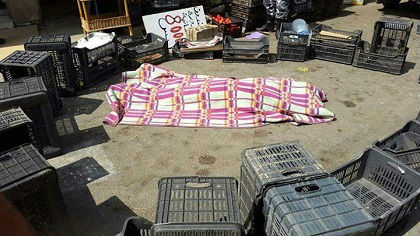 A Lebanese called Elias Kfouri was killed today during a failed shop robbery in the Jal el-Dib area. I found these pictures which are apparently from the crime scene and they’re just wrong.

Who the hell seals a crime scene with fruit crates? Don’t they have crime scene tapes? Anything better than crates?

Here’s a [link] to the full story behind Elie’s murder. 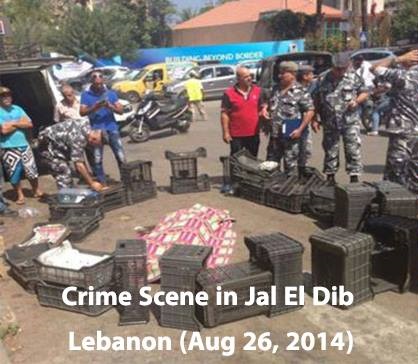