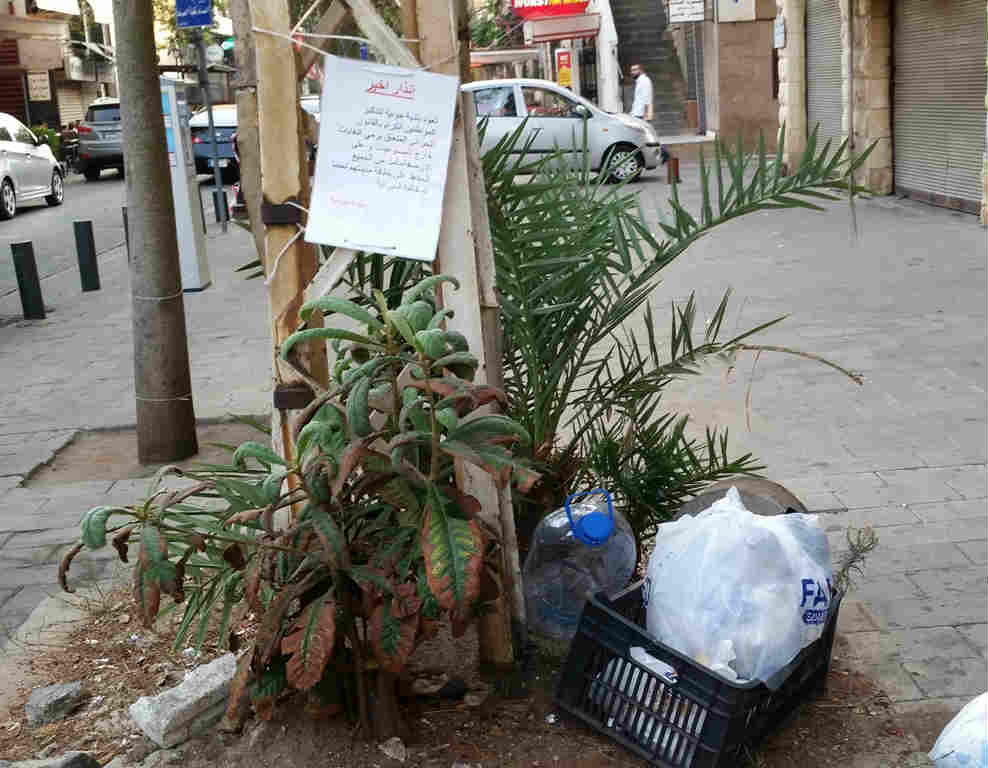 I really find it shameful that there are still Lebanese who throw their garbage on the streets and litter everywhere they go, and I partially blame the municipalities and authorities for that. I’ve been walking and jogging in Jounieh and ATCL for the past month or so, and the streets are not clean at all, not even in Jounieh’s souks. There’s garbage here and there, and there’s dog poop all over the ATCL sidewalk. I’ve seen numerous times people walking their dogs at ATCL and stopping in the middle of the sidewalk to let them take a crap and just go on with their walk as if nothing happened. It’s disgusting and gross but there’s nothing we can do about it if the municipality is not serious enough to implement the law and penalize those who litter.

Just take a look at this warning issued above and how it was hung randomly on an electric pole by the municipality. It says “final warning” but I doubt that anyone will take the municipality seriously if they don’t make a small effort and do it properly. For all I know, what they’re doing is called littering as well as the paper won’t last long on the pole or will be torn down by kids playing around.