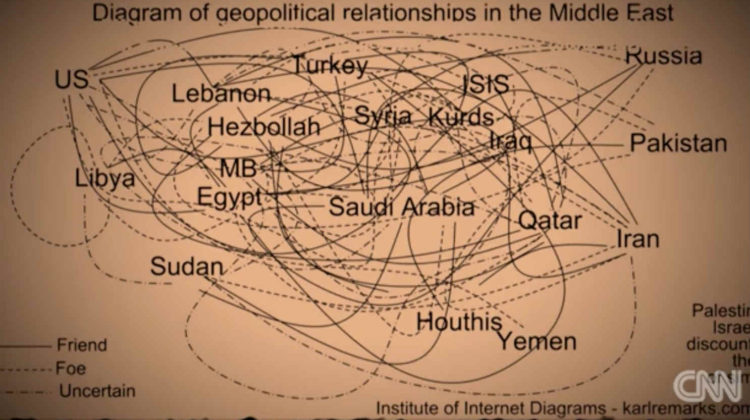 CNN interviewed Lebanese Cartoonist and satirist Karl Sharro (KarlRemarks) and asked him about his confused person’s guide to the Middle East. The “simple” diagram which Karl drew in 2015 illustrates the region’s alliances and hatreds. For example, Egypt and Qatar are against each other, except in Yemen where they are now allies; Saudi Arabia is both supporting and bombing ISIS and let’s not get started with Syria’s war where all are allies and enemies at the same time.

Check out the whole interview below. I’ve been following Karl for years now and it comes as no surprise to see him among the top 100 powerful Arabs list of 2015 and his tweets featured in Time’s best twitter feeds.