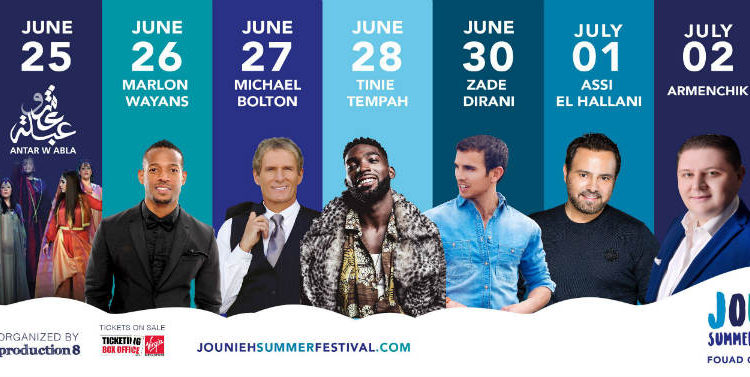 The official lineup for the 2017 Jounieh Summer Festival was announced last week and it looks like this year’s edition will be the biggest to date. The festival, which is produced by the Municipality of Jounieh and organized by Production 8, will run from June 24 through August 15 and will kick off with the spectacular fireworks that everyone looks forward to and will be concluded with Wonderland “The Magical city of lights”, which will be built using hundreds of eco-friendly light displays, millions of LED lights, 100 tons of steel and over 200,000 feet of silk. The city will be brought to life on July 14 and lights will stay on till August 15.

On July 9, a huge street festival filled with entertainment, food and music will take place in front of the Municipality of Jounieh and is open to the public. And of course WONDERLAND, the magical city of lights, kicks off on July 14.

Tickets are available at [ticketingboxoffice].