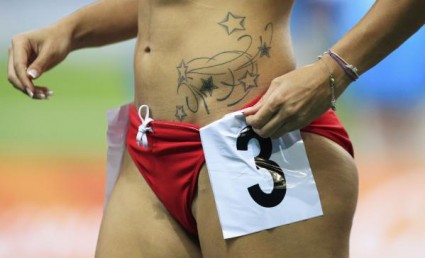 As expected, the controversy that surrounded Gretta Taslakian and her coach at the London 2012 Olympics will remain unsolved as the Lebanese Federation dismissed any sexual harassment and asked Gretta for a verbal apology. [Link]

What I find unacceptable about this whole story is that a member of the delegation (supposedly her coach) was the one who reported Gretta to the Olympic committee and caused her ban from the Olympic village. They should have waited till they got back to Lebanon then dealt with the matter internally. That was an unprofessional and sort of “childish” behavior. As for Gretta, she has to come out and say what happened with her or else she’s to blame for this scandal as much as the Lebanese Olympic Delegation and her coach are.

Last but not least, someone should be asking the London Olympic Committee whether not wearing the proper uniform is a valid reason for banning an athlete, specially that other athletes have done the same and got away with it.