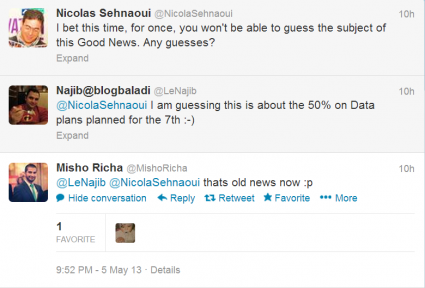 Telecom Minister Sehnaoui announced yesterday the good news that a bid was launched for the addressing of all of Lebanon, and that from now on, every home or office in Lebanon will have a proper address. Of course everyone got excited about this, including myself, but the truth is Lebanon’s postal system has been revamped since 2002 but remains unused.

To make myself clearer, check out this article from the Economist dated January 3, 2002 and entitled: “Lebanon’s postal system Revamped and unused”

A FEW years ago, only optimists would have dreamt of posting a letter in Lebanon. Today, that has changed. The problem now is getting people to use the post.

In 1998, the government granted a licence to SNC Lavallin, a Canadian contracting giant, to run the postal system. This was no minor endeavour. Years of war had wreaked havoc. Postmen, whose encyclopaedic knowledge of their neighbourhood had long been the backbone of mail distribution, had lost track of their flock during the fighting. Most streets have no name, and addresses are often no more specific than “second floor in the white building next to the flower shop”. SNC Lavallin brought in Canada Post as a technical adviser and created a new sorting and distribution system. Every building in the country has now been assigned a postal code, and most letters reach their destination within 24 hours

The Lebanese, however, have learned to get by without a post office. Private courier services flourish; the government failed to enforce SNC Lavallin’s monopoly.

This article clearly states that every building in this country has been assigned a proper postal code almost 10 years ago but no one bothered using it. This being said, I am not sure whether Minister Sehnaoui was aware of this company, or the fact that the project of addressing Lebanon that he’s been promoting has been available yet unused for 11 years!

It is worthy noting that SNC-Lavalin signed a 12-year contract with the Lebanese Government, which means that we paid money for a company over 12 years and didn’t make proper use of it. You can read more about the contract signing [Here].

Can the new owner succeed where western experts failed? Snail mail may be losing ground to more modern forms of communication, but even in developed countries, ever more letters are being posted every year. Having secured a longer licence, Lebanon Invest expects to break even on mail delivery. But the real money, it thinks, lies in other uses for Libanpost’s infrastructure. It wants to turn the company into a full-fledged distribution and logistics group, offering everything from one-stop billing to financial services, where the margins are higher than on mail delivery. As everywhere, it will take more than letters and stamps to build a profitable postal system.

On a final note, this bid might not be the right thing to do considering the past experiences, taking into account that more modern forms of communications are spreading nowadays and more importantly given that this project has already been done before! What needs to be done is re-implementing the addresses we paid tens of millions of dollars SNC-Lavalin to do for us, and update them internally to make them up to date and cut costs.

Screenshots taken from A Separate State of Mind

Thanks M for the article!