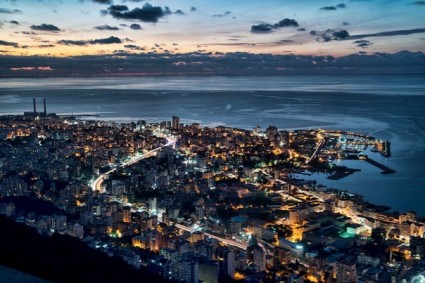 I think we can safely say that Beirut is still better than other capitals in the Arab world when it comes to accepting homosexuals and lesbians but there’s still a lot of work to do.

Talk to Beiruti gays and lesbians, and you’ll find the truth seems to be as complex as the rest of Lebanon’s social politics. In a country held together by a wary part-truce between many religious and ethnic splinters, most things there seem to have a spirograph-like intricacy on closer inspection. Beirut’s waxing and waning reputation for tolerance reflects both Lebanese governments’ conflicted attempts to align themselves with the West and anxieties about the country’s future. [Full Article]

The author would be glad to know Ghost reopened, at least until now. I wouldn’t go as far though as linking the Ghost case to the status of the Syrian refugees in Lebanon and the illegal curfews being set.

To people whose lives haven’t been affected by homophobia, discussing this might seem trivial while Syria (whose capital is just 55 miles from Beirut) is pushing ever closer to Armageddon. In complicated Lebanon, however, the two issues are not unconnected. Local activists who asked to remain anonymous told me that patrons harassed at Ghost, the raided gay bar, were actually Syrian refugees, disobeying an autocratic ordnance by the local mayor to stay home after 7 p.m. Many Syrian refugees have arrived in Lebanon recently, often to mistrust and hostility from locals who remember Syria’s occupation of the country and fear the war next door spreading. The fact that their appearance in a Beirut gay bar might have been enough to spark a crackdown suggests how capricious and unstable Beirut’s no-questions-asked tolerance really is.