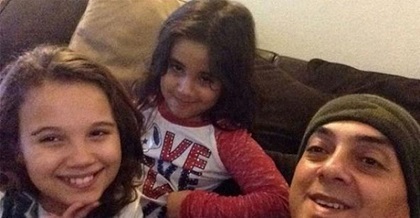 It was reported a couple of days ago that a Lebanese man and his two daughters were shot to death in their home in the US, but it appears as if it is a murder-suicide case. For those of you unfamiliar with Fort Hood, it is “one of the one of the largest military installations in the world, has an on-post population of about 80,000, including more than 43,000 assigned military personnel”. Almost 70 soldiers have committed suicide since 2009 at Fort Hood

Al-Jadeed TV stated that the Ezzedine family “has expressed reservations on the initial results of the probe”, but it could be a long time before we know the final results.

U.S Army investigators said on Thursday that the civilian in the suspected murder-suicide, Rouhad Ahamd Ezzeddine, 43, the husband of Pfc. Carla Santisteban, 33, appeared to have killed the couple’s two children before committing suicide. The bodies of Mr. Ezzeddine and their two daughters — Zeinab Rouhad Ezzeddine, 4, and Leila Rouhad Ezzeddine, 9 — were discovered Tuesday morning in their single-story duplex-style house in the Pershing Park neighborhood of Fort Hood. [NYTimes]