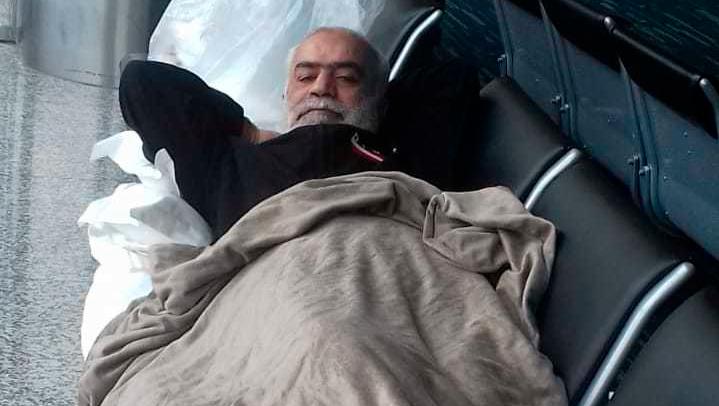 We have a Lebanese real-life version of the “Terminal”, whereas a 56-year old Lebanese has been stuck in an Ecuadorian airport for the past 42 days, and the Lebanese authorities have just learned about him! Nizam Hussein Shalak “visited Guayaquil two months ago and stopped on the way back to Lebanon in Lima, Peru, and Barcelona, Spain, where he was detained after losing his passport as well as his credit cards, El Universo newspaper reported”. [Source]

He doesn’t speak any Spanish and “his extended presence in the airport was noticed by people who used Google Translate to communicate with him”. The worst part is that an Ecuadorian Foreign Ministry source stated that the Lebanese Consulate in Columbia’s Bogota – the nearest Lebanese consulate that can issue travel documents – had been unresponsive to requests to issue travel documents for Shalak.

Let’s hope his case will be swiftly resolved. He has been using airline coupons to eat and showers once a week.