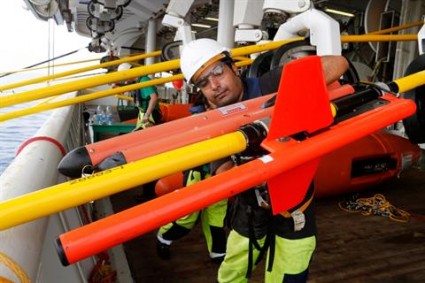 I was reading an article on the “serious concerns over transparency in Lebanon’s oil and gas process” and they mentioned Lebanon’s ranking in the ‘public trust in politicians’ category as per the The Global Competitiveness Report 2013-2014. I looked up the report and we “proudly” ranked last in that category.

Moreover, the report stated the below as the top 4 problematic factors for doing business in Lebanon:
– Government instability/coups
– Inefficient government bureaucracy
– Corruption
– Inadequate supply of infrastructure 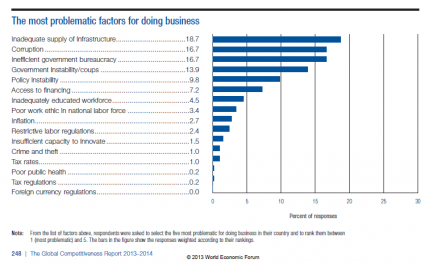 This being said, let’s pray that oil and gas companies will never sign any contract with the Lebanese authorities until further notice.

Here are few excerpts from the original article as well:

Lebanese politicians are the least trustworthy in the world, or so its people think — in last month’s World Economic Forum’s Global Competitiveness Report the country scored 148th out of 148 in the ‘public trust in politicians’ category. The oil and gas industry is among the world’s most secretive, with Middle Eastern countries among the least forthcoming with their information, according to the pro-transparency group Revenue Watch.

A senior source with knowledge of the negotiations told Executive that Bassil has controversially been contacting oil and gas companies, seeking to meet them personally. This is highly unusual and potentially suggests Bassil’s role in the process needs evaluation. “I have never seen this anywhere in the world, not even in deeply corrupt countries like Nigeria and Algeria,” the source said. Several of the largest companies in the bidding round have expressed their discontent at Bassil’s conduct, the source added. “The companies are saying that it is not the way it should be done. [Source]