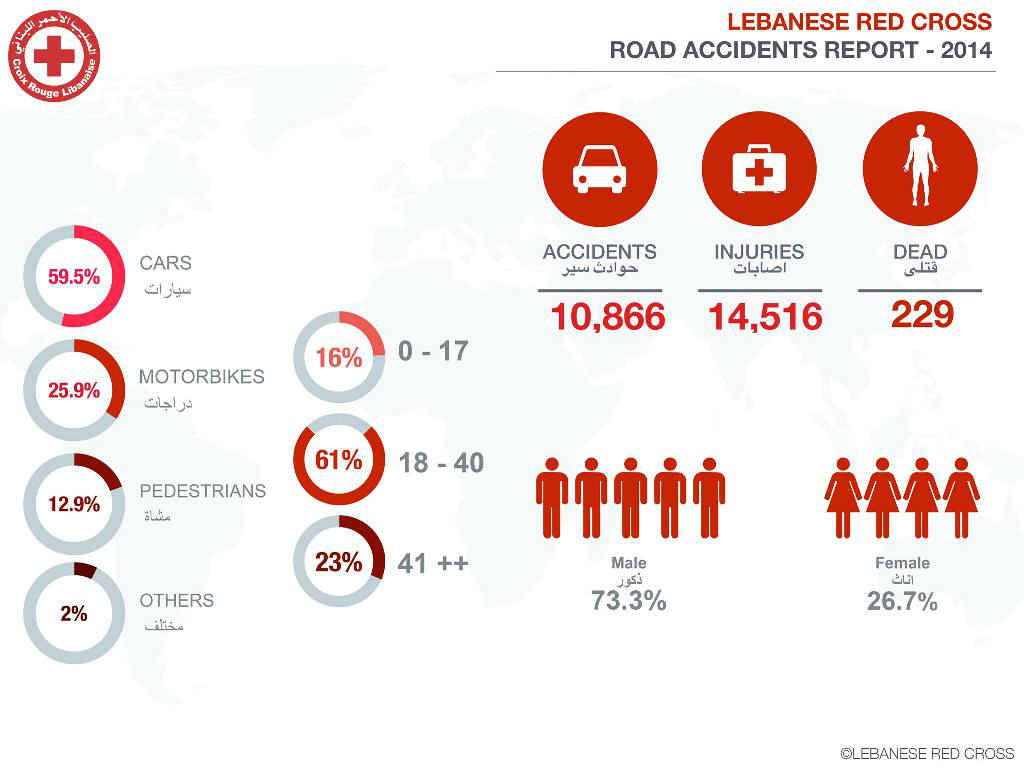 If we look back at 2013, there were 11,552 injuries according to the Lebanese Red Cross so the number has increased by almost 3000 this year which is huge! As far as the kills and accidents are concerned, I couldn’t find the full 2013 report but I assume the numbers are up this year as well.

I tried to compare the LRC statistics to the ones published by Kunhadi (via the ISF), but they don’t match at all. In fact, Kunhadi registered lower crashes (3420) and injuries (4690) this year, but 537 fatalities which is twice as much as the number reported by the Red Cross.

I don’t know which numbers are more accurate, but the sure thing is that road safety is still a major problem in Lebanon and the Lebanese authorities as well as all the NGOs concerned should be taking further measures. In fact, I think NGOs should cut down a bit on the awareness campaigns and take further practical measures on the roads, like installing safety barriers, fixing potholes or covering them, or even setting up checkpoints with the help of the ISF or municipalities on dangerous roads. 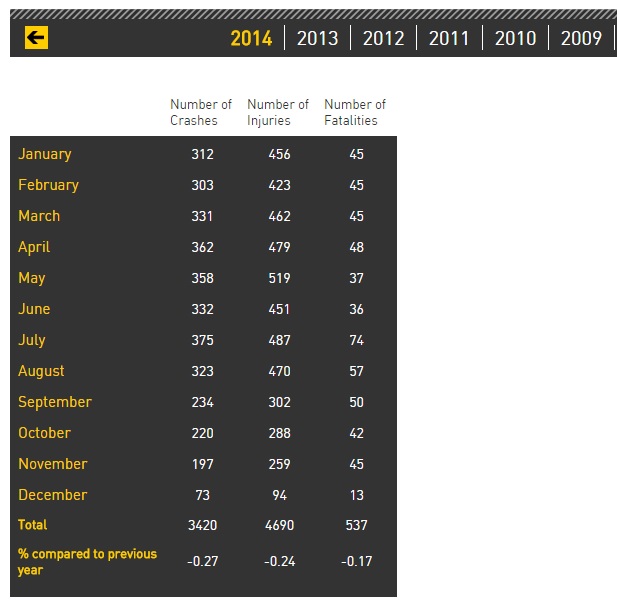