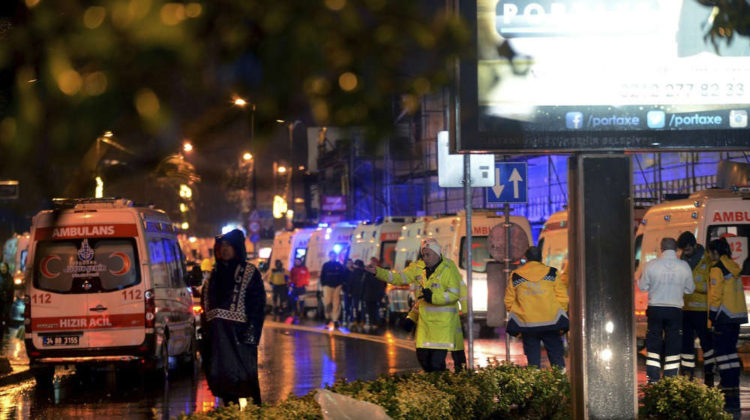 39 people, including at least 15 foreigners, were killed in a terrorist attack on one of Istanbul’s most famous nightclubs, Reina. At least 69 people are being treated in hospitals according to Turkey’s interior minister and the suspect(s) is(are) still on the run, noting that it’s not clear how many attacked the club yet. You can follow updates on CNN & The Guardian.

As far as Lebanese are concerned, there are still no official reports on how many were there and if any were injured or killed but there are early reports stating that at least 10 Lebanese were there, including Lebanese businessman Nidal Bcherrawi who was injured, along with Francois el Asmar, Nidal Bechara and MP Estephan Douaihy’s daughter. LBCI also mentioned that Elias Khalil Wardini has gone missing following the attack.

Foreign Affairs Minister Gebran Bassil tweeted a while ago that he’s following up on the Lebanese victims. I will post updates as soon as they’re out.