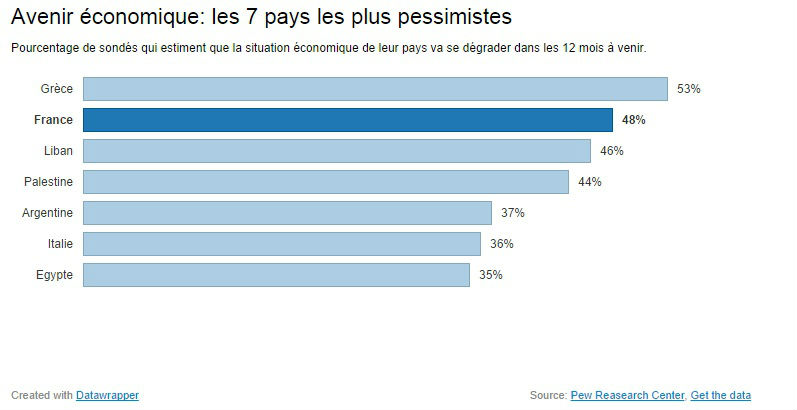 I was reading on Liberation that the French are more pessimistic about their economic future than Palestinians, then I noticed Lebanese feel the same.

Check out the full study [Here].

More than half of Greeks (53%) anticipate economic conditions worsening over the next 12 months, (another 26% expect the Greek economy to remain the same, which, in a nation where the economy shrank by -3.9% in 2013 is hardly a vote of confidence). In addition, 48% of the French expect their economy to deteriorate, as do 46% of Lebanese and 44% of Palestinians. Greek pessimists, however, may be pleasantly surprised: the IMF foresees the Greek economy improving from 0.6% growth in 2014 to 2.9% in 2015. Similarly, while less than half the Lebanese expect more hard times, the IMF forecasts Lebanon’s economy to accelerate from 1% growth in 2014 to 2.5% in 2015. [Pew]