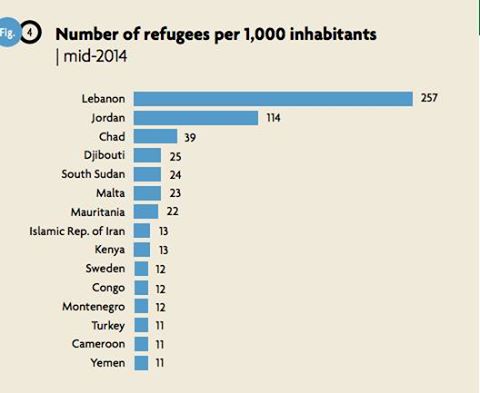 The UN announced last week that Syrians have overtaken Afghans as the largest refugee population (aside from Palestinians) as they’ve fled to over 100 countries to escape war in Syria. They are more than 3 million refugees as of mid-2014 with almost 1.1 million registered refugees in Lebanon. Lebanon’s population has grown by nearly 25% ever since the war in Syria began in 2011.

Fortunately, Lebanon has started to impose visa restrictions earlier this year and I am hoping other measures will be taken to organize this whole mess and regroup the current refugees in decent camps.