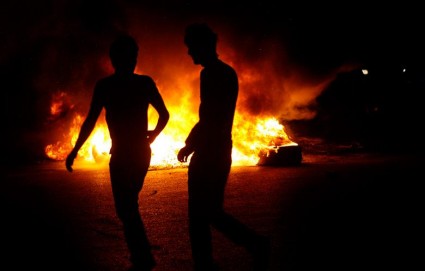 Everytime some Lebanese want to protest against the government, they block the airport road and burn tires.

Everytime two families clash in the Beirut suburbs even if for personal reasons; they feel the urge to block the airport road.

Everytime an idiotic motorist or driver dies on that road, his friends and family members burn tires and block the road.

For the past week, the families of the kidnapped Lebanese pilgrims in Syria have been blocking repeatedly the airport road and refusing to re-open it before their families are back. We all want their husbands and fathers and sons to go back but WTF does the airport have to do with all this? How is blocking the airport road helping their cause? Are they scaring away tourists (As if thereâ€™s any)? Lebanese expats? Syrians coming through the Beirut airport?

Why canâ€™t everyone just leave that freakinâ€™ airport road alone? No one should be allowed anywhere near this road for all I know.

In fact, and given the importance of that airport to the Lebanese economy and Lebanon as a whole, I seriously believe we should build at least another airport in areas where tire burning and blocking roads are not that common.
We already have an airport in Hamat which can be used as a start. Itâ€™s big enough and could serve as a secondary airport. Maybe then if we have a 2nd airport, those blocking the Beirut airport road will stop doing so realizing that thereâ€™s another one.

Itâ€™s really absurd that we have to post about such an issue. Only self-hating Lebanese would do things that could harm our economy and the well-being of others. 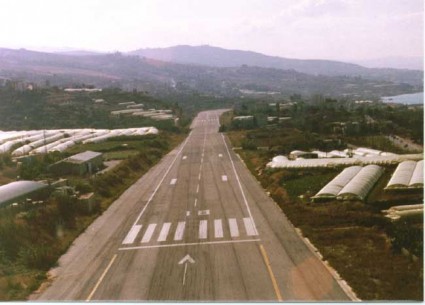