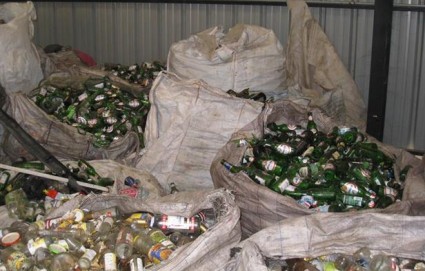 We don’t do enough recycling in Lebanon. In fact, out of the 4,200 tons of wastes collected every day, a maximum of 6% is recycled in the 44 recycling bins available across the country, according to estimates from the Ministry of Environment. The rest is either buried underground or dumped into landfills like the Naameh one.

I honestly don’t know if Sukleen is required by contract to provide further recycling bins or increase the recylcing percentage, but what I know is that 6% is very low and that we have a serious problem that showed clearly after the Naameh landfill was closed for a couple of days. There’s a lack of awareness among the Lebanese but more importantly a lack of initiatives from the government.

There are so many ways to make use of all this garbage, mainly by converting it to energy and I am sure there are tons of companies who would be willing to do this job for us. If we can transform our garbage to electricity, we could partially resolve the constant electricity cuts and find a decent replacement for generators. Oslo in Norway ran out of trash for example and is seeking to import some to generate power for the city. Of course I am not comparing both countries but I am just saying there’s a huge potential from turning garbage to energy. 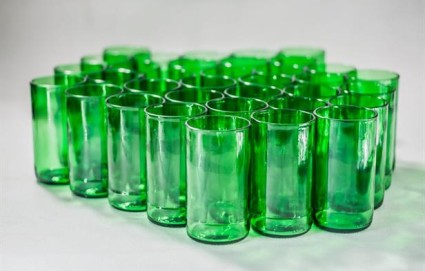 Speaking of recycling, Syrian artist and entrepreneur Wissam Muases has been turning Almaza bottles into large green glasses, wine bottles into dark brown ashtrays and 961 bottles into candle holders in his Furn el Chebbak house. Ziad Abi Chaker, founder of the Green Glass Recycling Initiative, has also been trying to “tackle Lebanon’s lack of recycling capacity by reviving the glass blowing artisanship”. Of course these are shy initiatives but it’s good to support them and spread awareness on the importance of recycling.

You can read the original article on [Now].