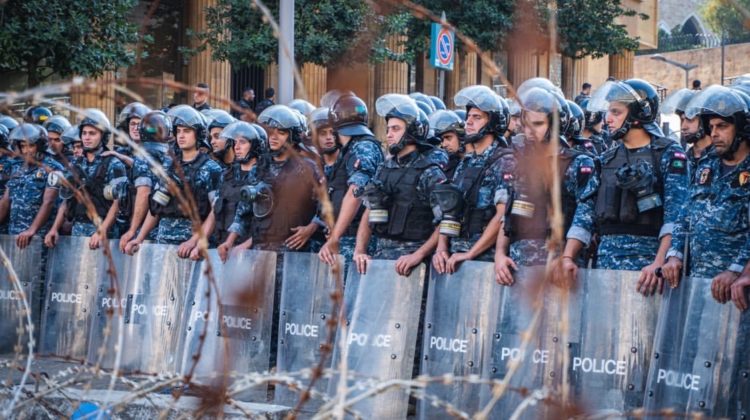 They continued saying that “The Internal Security Force’s riot police fired tear gas at thousands of largely peaceful protesters, including children, in downtown Beirut”. The firing started without any warning causing panic, leaving dozens of people having trouble breathing and vomiting from tear gas inhalation, including women and children. Some protesters were carrying people who had fainted because of tear gas. Riot police also fired tear gas at the dispersing crowds.

Videos show security forces apparently using excessive force against protesters. A local TV station showed footage that appeared to show a riot police officer violently kicking and beating a protester. In a video shared by a local journalist, a soldier appeared to repeatedly hit a fallen protester with a baton as another soldier seems to try to stop the journalist from filming. Images circulated on social media show individuals lined up face down on the streets after apparently being arrested by the security forces for participating in the protests. Human Rights Watch was not able to independently verify these images.

You can read the full report [here].

See Also:Why Are We Lebanese So Easily Offended?
Posted By Najib
Categories CRITIQUES,OPINIONS,OPINIONS/CRITIQUES