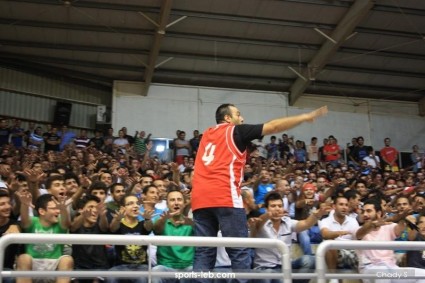 It is not everyday that you hear about a Syrian withdrawal from Lebanon. They usually enjoy staying here for long long long periods of time.

Nevertheless, The Syrian basketball team withdrew yesterday from his game against the Lebanese team in the Stankovic Asian championship tournament because of the insults and booing from the crowds.

The only thing i feel bad about is not being part of the game yesterday!

We’ve suffered God knows how many losses cause of cheating referees in games against Syria, Egypt, China and a long list of countries. The least we can do is support our team in every possible way when we are playing on home ground. And if few insults and booings are enough to make a professional basketball team withdraw from a game, then maybe the Syrian team shouldn’t have participated in the first place.

So in all, Lebanon won his second game after a victory over the Phillipines on Saturday, Syria withdrew and Bacho prevailed.

PS: For those who don’t know Bacho, he’s the guy in orange in the picture above and he’s been leading the Lebanese and Hekmeh crowds for over 10 years. 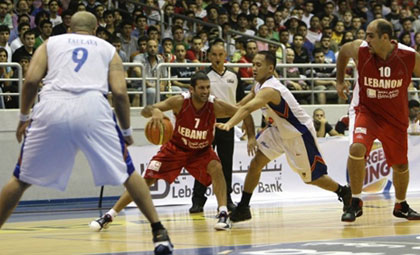